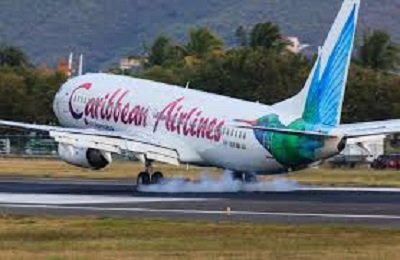 PORT OF SPAIN, Trinidad, Dec 15, CMC – The state-owned Caribbean Airlines (CAL) Wednesday said that all of the passengers whose flight had been diverted to Puerto Rico two days ago, due to a medical emergency, have arrived safely at their final destinations.

Caribbean Airlines flight 483 with approximately 150 passengers, was diverted to Puerto Rico while en route to Port of Spain on December 13, because of the medical emergency. Media reports said that one passenger, believed to be a United States national died on the flight.

“The airline unreservedly apologized to all customers for the experience that resulted from the disruption. It was the company’s intention to have a relief flight operate on the same day the diversion occurred, however, because of circumstances outside its control, the relief flight could not leave Puerto Rico as anticipated,” CAL said in a statement on Wednesday.

It said that Puerto Rico is not a destination on its regular route network, “and while support systems were in place on the island, several factors outside of the airline’s authority made the operation less efficient than planned.

“The relief flight landed at the Piarco International Airport at 2:26 am (local time). on December 15 and was met by a Senior Management Team. Letters were also issued to all passengers as they disembarked the aircraft,” CAL said, thanking the passengers and stakeholders “for their understanding as the airline worked to successfully resolve the issue”.