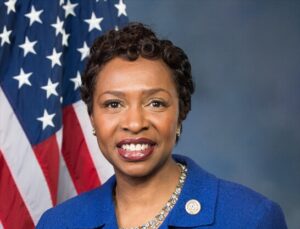 WASHINGTON, Dec. 18, CMC – The co-chairs of the United States House of Representatives Haiti Caucus and Caribbean Caucus on Friday said they were “profoundly grateful” for the release of the remaining 12 captured US and Canadian missionaries in Haiti.

Caribbean American Congresswoman Yvette Clarke, the daughter of Jamaican immigrants, who represents the 9th Congressional District in Brooklyn, New York, is the founding co-chair of the Haiti Caucus and Caribbean Caucus, along with Congressmembers Andy Levin of Michigan, Val Demings of Florida, Ayanna Pressley of Massachusetts, Stacey Plaskett of the US Virgin Islands and Maxine Waters of California.

“We are profoundly grateful and relieved to learn that the final 12 hostages held in Haiti, who were abducted more than two months ago, were safely found yesterday,” said the co-chairs in a joint statement. “With their release, all 17 of the missionaries representing Christian Aid Ministries are able to return to their homes.

“These individuals, five of whom are children, ventured into Haiti for a noble cause: helping people in need.,” they added. “We wish them well as they recover from the trauma of the past two months, and we thank them for their dedication.”

The co-chairs said that “though this terrible chapter has concluded, the tragic conditions that have struck Haiti throughout the past year and enabled lawlessness of this degree persist.

“US policy concerning Haiti must be rooted in building upon a partnership that will continue to promote democracy, human rights and security throughout the nation,” they urged. “It is our hope and intention that efforts to support a Haitian-led democratic government’s stabilization and reemergence take priority for this administration.

“To prevent further tragedies, it is paramount we reimagine our approach and policies to supporting our Haitian neighbors,” the Haiti Caucus and Caribbean Caucus said.

On Thursday, the Joe Biden administration welcomed the release of the remaining 12 hostages in Haiti.

“We welcome the news that the remaining 12 individuals, including 11 US citizens, kidnapped on October 16 are free today,” said Ned Price, US Department of State spokesperson in a statement. “We are tremendously relieved for them and their families, with whom they will soon be reunited.

“We want to thank our partners in the Haitian National Police, international organizations and the US interagency who worked tirelessly for their freedom,” Price added. “The welfare and safety of US citizens in Haiti, as in all countries, is the department’s highest priority.”

He said the Biden administration remains committed to Haiti’s future, and supporting the safety and prosperity of the Haitian people.

“We will continue to support the Haitian National Police to improve security for all Haitians, as well as US citizens in Haiti,” Price said.

On October 16, 17 missionaries representing the nonprofit Christian Aid Ministries (CAM), including 16 Americans and one Canadian, were kidnapped by armed men, demanding a ransom of US$1 million per hostage.

The missionaries were returning to their home base, after visiting an orphanage, and were driving through the suburb of Croix des Bouquets, just outside Haiti’s capital, Port-au-Prince.

It remains unclear if and how much ransom was paid to the kidnappers for the release of the hostages.