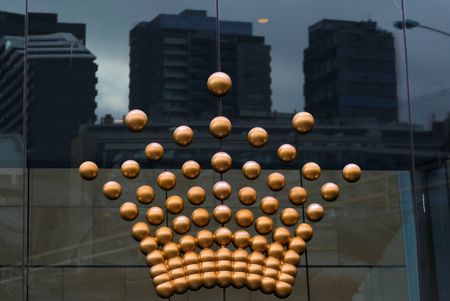 In a Federal court filing, the Australian Transaction Reports and Analysis Centre (AUSTRAC) said the company started by billionaire James Packer failed its due diligence obligations “innumerable” times from 2016 to 2020, leaving it and the country’s financial system “vulnerable to criminal exploitation”.

“As a result of (Crown’s) non-compliance, the Australian and global community and financial system has been exposed to systemic ML/TF risks over many years,” AUSTRAC said in a legal filing, using acronyms for money laundering and terrorism financing.

“It is likely that many ML/TF risks were realised,” the agency added in the filing, which it published on its website.

Though not unexpected, the lawsuit presents an additional hurdle as Crown tries to pull off a buyout by Blackstone, which its shareholders have welcomed as a way out of an investment that has been weighed down by regulatory headaches – including a suspended gambling licence – for years.

AUSTRAC didn’t specify the damages it was seeking, saying there had been “innumerable” breaches. However, the court filing listed 547 contraventions and noted that each violation carried a fine of up to A$22.2 million ($16 million), implying a potential fine of more than A$1.2 billion. The case would not result in prison time because it is in the civil court.

Blackstone declined to comment. Crown said it was reviewing the lawsuit, but added that it had developed a comprehensive mediation plan and overhauled its governance since allegations of poor due diligence surfaced at a regulatory inquiry in 2020.

The company has also replaced most of its board and management in the past year. Packer, who still holds 37% of the company, has withdrawn his representatives from its board to end accusations of having an inappropriate level of control over it.

Still, AUSTRAC said it wanted the company to answer for turning a blind eye to – and in some cases, knowingly allowing – suspicious transactions on its premises on a massive scale.

The oversight failures were most apparent in the company’s reliance on foreign tour groups, known as junkets, which involved “movement of large amounts of money across borders and through multiple bank accounts” by people whose identities were often obscured, the court filing said.

Crown knew of 60 customers, responsible for A$70 billion in turnover, who engaged in suspicious activity like making large payments to unknown third parties offshore and making payments from “cash in plastic bags, shoeboxes or cardboard boxes”, the filing said.

The company knew some of the customers were connected with organised crime but failed to invest in technology – or any system other than “manual” observation by staff – to monitor risky transactions, the filing said.