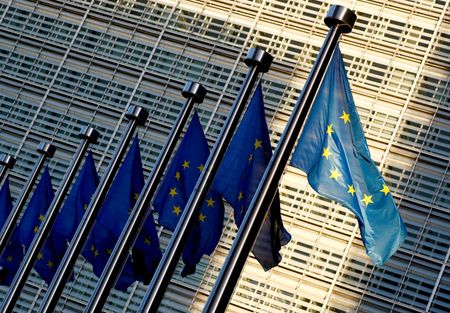 BRUSSELS (Reuters) – The European Parliament is set to approve on Wednesday a report urging the EU to ban golden passport schemes by 2025 and immediately stop the issuance of visas and passports to rich Russians in exchange for investments.

The move follows Russia’s invasion of Ukraine which has triggered global sanctions of unprecedented severity against Moscow, with targets including a number of powerful and wealthy Russians seen as close to President Vladimir Putin.

The golden passport industry, which between 2011 and 2019 generated investments in EU countries of over 20 billion euros ($21.8 billion), is currently almost entirely unregulated in the EU, despite many countries having run these schemes for years.

EU states such as Malta and Cyprus have made huge profits with their schemes and the European Commission’s vice president overseeing financial policy, Valdis Dombrovskis, set up a successful residence investment programme in Latvia when he was prime minister there at the beginning of the last decade.

EU lawmakers say in their report that ending such schemes could have a significant economic impact in some countries. They are therefore proposing the gradual phaseout of golden passport schemes and tight rules for residence arrangements, including much more rigorous checks on applicants.

Companies developing and promoting these programmes, such as Henley & Partners, would face strict requirements. Under the proposal, which is backed by a majority of legislators, revenues generated by these schemes would be taxed to fund the EU budget.

In an amendment to the original proposal prompted by the Russian invasion of Ukraine, the parliament urges an immediate halt to sales of visa and residence permits to Russians, among the biggest beneficiaries of these schemes.

Once approved, the report will go to the European Commission, which has the power to propose legislation.

EU Justice Commissioner Didier Reynders told lawmakers that the EU executive disagreed with the need for new rules on sales of citizenship because it was already pushing through legal proceedings to shut down existing golden passport schemes in Malta, Cyprus and Bulgaria.

But the Commission has said it will assess the need for new laws to tighten golden visa schemes, and also issue shortly a non-binding recommendation on EU member states’ issuance of golden passports and residence permits to Russians.

Last month, Britain scrapped golden visas for wealthy investors amid concerns about the inflow of illicit Russian money at a time when Russia was massing forces along the border with Ukraine, a week before launching its invasion.