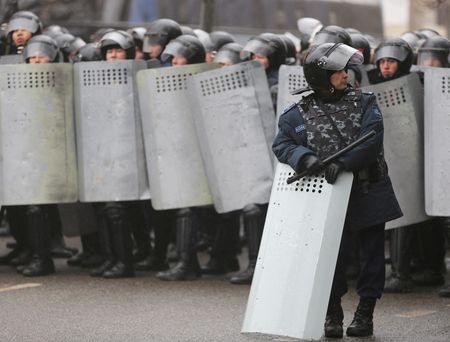 (Reuters) – Kazakhstan declared states of emergency in the capital, the main city and provinces on Wednesday after protesters stormed and torched public buildings in the worst unrest for more than a decade.

Here are some basic facts about the country.

* Helped by a reputation for political stability under its former long-serving leader Nursultan Nazarbayev, Kazakhstan has attracted hundreds of billions of dollars of foreign investment, but much of the economy is believed to be controlled by the Nazarbayev family.

* Now 81, Nazarbayev steered his country to independence from Moscow in 1991 and became the longest-serving ruler of any ex-Soviet state, only stepping down in 2019 to make way for his hand-picked successor, Kassym-Jomart Tokayev.

* Nazarbayev retained authority as head of a powerful security council. With some protesters on Wednesday chanting slogans against Nazarbayev, President Tokayev replaced him as chief of that body.

* Kazakhstan, a majority Muslim nation, is central to a geopolitical tug-of-war between Russia, China and the West. It has historically close ties with Russia and ethnic Russians make up nearly a fifth of the population.

* Human rights groups have long criticised Kazakhstan over its authoritarian political system and its lack of free speech and open and fair elections. Nazarbayev was re-elected in 2015 for a fifth presidential term with nearly 98% of the vote.