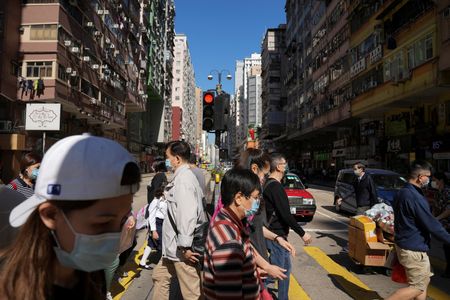 HONG KONG (Reuters) – Hong Kong leader Carrie Lam said on Wednesday the government will introduce a series of new measures to curb the spread of COVID-19, as she warned the global financial hub was on the verge of another outbreak.

The new rules include a ban on flights from eight countries for two weeks from Jan. 8, effecting Britain, the United States, Canada, Australia, Pakistan, Philippines, France and India.

Lam was speaking as Hong Kong authorities launched a city-wide search for the contacts of a COVID-19 patient and ordered a Royal Caribbean “cruise to nowhere” ship to return to port early, as health officials feared a fifth wave of infections.