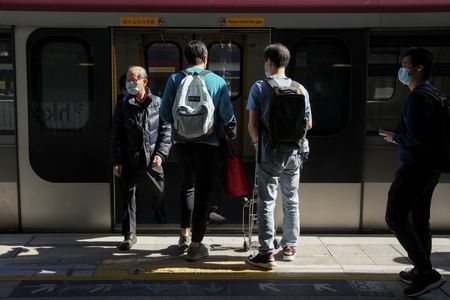 HONG KONG (Reuters) – Hong Kong leader Carrie Lam said on Tuesday the government will expand a “vaccine bubble” from Feb. 24 to include venues such as gyms, cinemas and libraries as the city steps up its fight against the spread of coronavirus.

Only vaccinated people would be allowed into those venues.

Lam was speaking at a weekly press conference a day after health authorities confirmed a fifth case of Omicron in the local community from a cluster at a restaurant that was spread by an infected pilot.