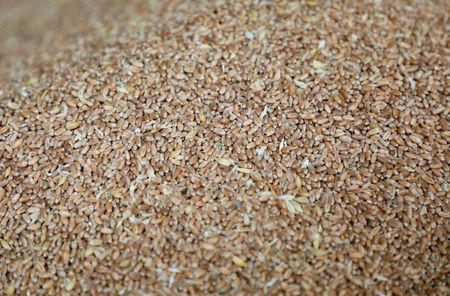 In a joint statement, the leaders of the four institutions warned that the war in Ukraine was adding to existing pressures from the COVID-19 crisis, climate change and increased fragility and conflict, threatening millions of people worldwide.

Sharply higher prices for staples and supply shortages were fueling pressure on households, they said. The threat is greatest to the poorest countries, but vulnerability was also increasing rapidly in middle-income countries, which host the majority of the world’s poor.

The compounding crises could fuel social tensions in many of the affected countries, especially those that are already fragile or affected by conflict, they warned.

They said the rise in food prices was compounded by a dramatic increase in the cost of natural gas, a key ingredient of nitrogenous fertilizer, which could threaten food production in many countries.

“Surging fertilizer prices along with significant cuts in global supplies have important implications for food production in most countries, including major producers and exporters, who rely heavily on fertilizer imports,” they said.

A Treasury spokesperson said the meeting would include ministers from the G7 and G20 major economies, officials from the IMF, World Bank, and International Fund for Agricultural Development (IFAD), as well as lead technical experts on food security and agriculture. “The event will bring attention to the different dimensions of the worsening food security crisis; and mobilize the (international financial institutions) to accelerate and deepen their response to assist affected countries,” the spokesperson said.

Yellen said she would meet with other leaders next week to discuss possible solutions, and underscored the need for longer-term investments to address vulnerabilities in food systems.

For their part, they said they would step up their respective policy and financial support to help vulnerable countries and households and mitigate balance of payments pressures.

They urged the international community to provide grants and other funding for immediate food supplies to help the poor, and small farmers facing higher input prices.

It was important to keep trade open and avoid restrictive measures such as export bans on food or fertilizer, they said, underscoring the need to avert any restrictions on humanitarian food purchases by the World Food Program.