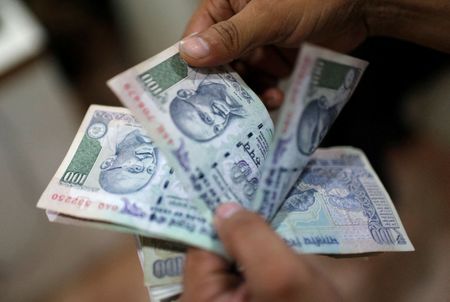 NEW DELHI (Reuters) – Indian tax officials have seized more than $30 million in cash and gold in raids on suspected tax evaders this week including a record haul of 1.94 billion rupees ($26 million) and 23 kg of gold ahead of assembly elections in five states.

The raids triggered a flurry of accusations from rival political parties over protection for tax evaders as they prepare to compete in the elections, including in the bellwether state of Uttar Pradesh.

The seizures also shone a spotlight on the hot political issue of undeclared “black money” in a country where millions of people scratch a living on a dollar or two a day.

“This is the biggest ever seizure of cash,” the finance ministry said in a statement.

Tax officials seized the 1.94 billion rupees and 23 kg wrapped in sacks in an underground storage facility on the premises of a manufacturer in the city of Kanpur, in Uttar Pradesh, who media has reported is linked to a political party.

Elections in the world’s largest democracy are often accompanied by floods of cash from businesses to political parties in the hope of winning influence and favours, analysts say. Parties, in turn, dole out cash to voters and their workers.

Prime Minister Narendra Modi tried to crack down on the shadow economy in 2016 by banning high-denomination banknotes but central bank data later showed almost all of the abolished currency made it back into the banking system.

A former finance minister from the main opposition Congress party said the amount of cash seized in the raids was proof Modi’s bid to shut down the underground cash economy had been in vain.

“The case exposed the utter failure of demonetisation,” P. Chidambaram said on Twitter.

The state elections are due by March.