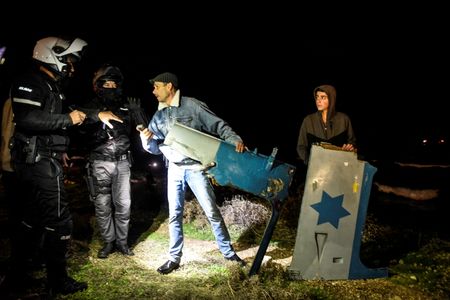 JERUSALEM (Reuters) -An Israeli military helicopter crashed off the coast of northern Israel during a training flight late on Monday, killing two pilots, the military said.

A third crew member, an aerial observer, was injured and evacuated to a hospital, the military said.

The air force commanding officer opened an investigation into the crash and ordered a temporary discontinuation of training flights, as well as the use of the maritime Panther helicopter.