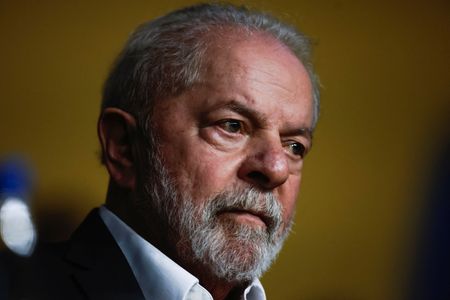 The proposal, revealed to Reuters by a senior Lula advisor, is one of the clearest examples yet of how the former president has tried to court allies in the powerhouse agribusiness sector while promising more environmentally friendly policies.

New polls show Lula ahead in runup to Brazil’s election

A Genial/Quaest poll shows Lula taking 45% of the votes, while Bolsonaro takes 33%. In the previous Aug. 3 poll, Lula had 44% and Bolsonaro had 32%. The poll’s margin of error is 2 percentage points.

The PoderData poll, also released today, gives Lula 44% voter preference and Bolsonaro 37%. In the previous one, Lula had 43% and Bolsonaro 35%. Both polls also showed Lula winning a potential second round runoff.

BRASILIA/SAO PAULO – President Bolsonaro and front-running challenger Lula have formally launched their campaigns for Brazil’s most polarized elections in decades in October.

The race pits a nationalist populist with an agenda backed by Christian conservatives against a former union leader and two-term president of the country (2003-2010) who was jailed for corruption until his convictions were annulled.

If approved, the sale of the banks is expected to raise $1.8 billion, equivalent to some 2.8% of Costa Rica’s gross domestic product, while the stake in the insurance company should fetch around $890 million, Chaves said in a speech marking his first 100 days in office.