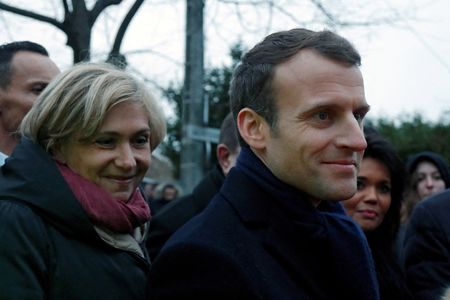 PARIS (Reuters) – Conservative challenger Valerie Pecresse could run French President Emmanuel Macron close in the second round of this year’s election if she can squeeze past right-wing rivals in round one, an opinion poll showed on Wednesday.

The poll by Harris Interactive for the magazine Challenges makes Macron the election’s likely winner, in line with recent surveys that have shown his closest opponents failing to gather momentum despite criticism of Macron’s COVID-19 policies.

The poll showed Macron would get 24% of votes in the first round of the election. Far-right politicians Marine Le Pen and Eric Zemmour and conservative Pecresse were all tied on 16%.