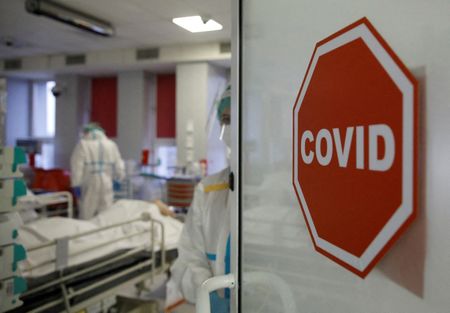 WARSAW (Reuters) – Poland reported 794 COVID-related deaths on Wednesday, the highest number in the fourth wave of the pandemic, a deputy health minister said, adding the figure could be a result of delayed reporting due to the Christmas holidays.

More than 75% of those who died were unvaccinated, Waldemar Kraska said.

“I think we are currently experiencing a peak in the number of people who are dying,” he told private television channel Polsat News.

Poland has been experiencing a persistently high rate of daily infections, though the Omicron variant has yet to gain a foothold there.

On Wednesday, Poland reported 15,571 new COVID-19 infections, 13% less than a week ago, Kraska said. As of Tuesday, the country only had 25 confirmed Omicron cases.