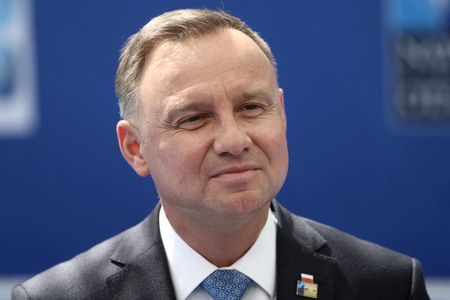 WARSAW (Reuters) – Polish President Andrzej Duda has tested positive for coronavirus, a top aide tweeted on Wednesday, after several people around him were infected.

“The President feels good, is not seriously ill and is under constant medical supervision,” top aide Pawel Szrot said in a tweet. He said the president was in isolation.

Poland has reported a lower number of new COVID-19 infections in recent days, but reporting is likely to have been influenced by a reduction in testing over the holidays.

The Omicron variant has yet to gain a foothold in Poland – the ministry of health said on Tuesday it was responsible for around 2.5% of infections, but it was expected to become dominant by the end of the month.