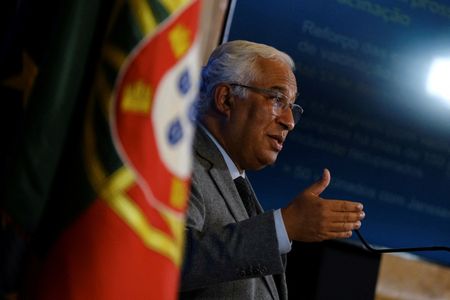 The poll by ICS/ISCTE pollsters published by Expresso newspaper put Costa’s centre-left party on 38%, down two percentage points from their previous poll released on Nov. 13, but largely in line with other recent surveys.

The centre-right Social Democrats rose to 31% support from 26% after their leader Rui Rio saw off an internal leadership challenge last month.

The hard-right Chega, which had just one seat in the legislature that was dissolved this month after it rejected the minority government’s 2022 budget bill in October, polled at 7% and could emerge as the third-largest force in parliament.

The Communist-Greens alliance was on 6%, followed by Left Bloc, on 5%, and a number of smaller parties.

The government will from January have to roll over this year’s budget on a monthly basis. It secured solid economic growth and quashed the budget deficit before the coronavirus pandemic, and expects a strong rebound this year and next.