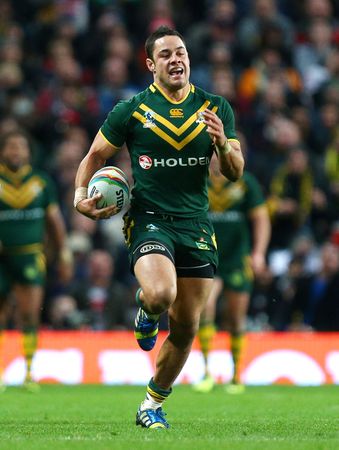 (Reuters) – Australian rugby league international Jarryd Hayne was granted bail on Tuesday pending a new trial after his conviction for sexual assault was quashed by the New South Wales Court of Criminal Appeal.

A hearing will be held on Friday to set a date for what will be a third trial for Hayne after a three-judge panel upheld some of Hayne’s grounds to appeal the conviction, for two counts of sexual intercourse without consent at a woman’s home in Newcastle in 2018.

In their appeal against the conviction, Hayne’s legal team argued the jury in his second trial had been given “flawed” directions, and said there were inconsistencies in the woman’s evidence.

Strict conditions have been imposed on the 34-year-old, who must pay a A$20,000 ($14,250) surety and surrender his passport, according to Australian media.

A first trial ended in a hung jury in December 2020. The second trial, in May last year, ended in a conviction, resulting in a sentence of five years and nine months in jail.

The incident happened on the night of the 2018 NRL Grand Final, when Hayne was in Newcastle for a bachelor party.

The former Parramatta Eels fullback won the Dally M Medal, the league’s highest individual honour, in 2009 and 2014 and scored 11 tries in 11 appearances for the Kangaroos, Australia’s representative rugby league team.

Hayne also had a brief career in American football, winning a contract with NFL side San Francisco 49ers in 2015, before quitting the game the following year.

Hayne was accused of sexual assault in a civil lawsuit brought by a woman in California in 2016 after police decided not to charge him over an alleged incident in 2015.

Hayne said at the time he “unequivocally and vehemently” denied the allegations.

The case was settled in 2019 before going to trial.