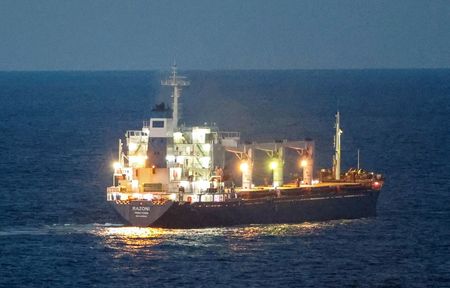 LONDON (Reuters) – Russia’s ambassador to Washington scolded the United States on Sunday for making what he said were false assertions about Moscow’s decision to suspend its participation in a U.N.-brokered Black Sea grain deal.

“Washington’s reaction to the terrorist attack on the port of Sevastopol is truly outrageous,” Ambassador Anatoly Antonov said on Telegram. “We have not seen any signs of condemnation of the reckless actions by the Kyiv regime.”

“All the indications that the British military specialists were involved in organizing the massive strike with the use of drones, are disregarded,” Antonov said.