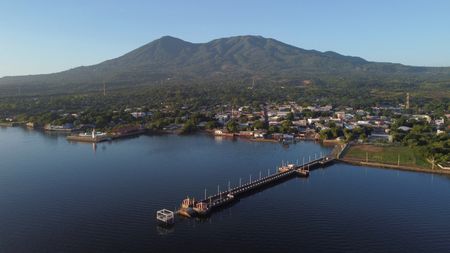 (Reuters) – S&P Global Ratings said on Friday it could cut El Salvador’s already negative credit rating within six to 18 months if it does not make “adequate progress” on debt reduction, days after the government announced plans to buy back sovereign bonds.

S&P maintained El Salvador’s “CCC-plus” rating, seven notches into non-investment speculative grade territory, four days after its government said it would buy back up to $360 million of two sovereign bonds, at what S&P valued just marginally above market prices.

El Salvador launched the offer on Monday for a bond maturing in 2023 and 2025.

“We consider the debt repurchase opportunistic and akin to a liability management operation, given we believe the government could have fulfilled its financial commitments in the near term absent this transaction,” S&P said in a statement.

The ratings agency said there was at least a “one-in-three” chance of a downgrade if the government does not make significant progress on its debt or if any issues arise on its willingness to pay.

S&P said it believed the government could meet its debt service payments over the next year, but added that delays in obtaining funding and corrective fiscal measures could hit investor confidence.

It said the ratings reflected long-standing difficulties in predicting policy responses, low economic output, persistently low investment and little flexibility due to the dollarization of the economy, which has persisted since El Salvador introduced bitcoin as legal tender alongside the U.S. dollar.

President Nayib Bukele, who led the push to accept bitcoin, said on Thursday he would run for re-election in 2024, despite the constitution’s prohibiting presidents from serving consecutive terms.