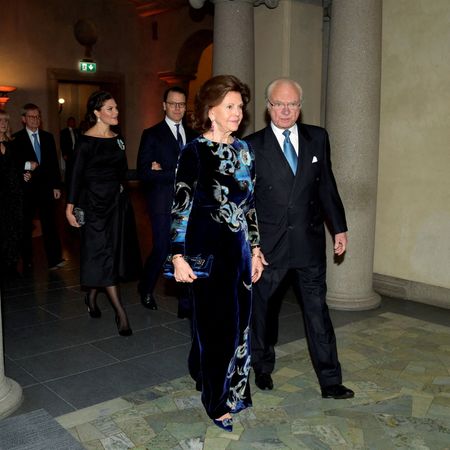 STOCKHOLM (Reuters) -Sweden’s King Carl XVI Gustaf and Queen Silvia have tested positive for COVID-19, the palace said in a statement on Tuesday, amid rising infections in the Nordic nation driven by the new Omicron variant of the virus.

Sweden set a new daily record for COVID-19 cases, the most recent data from the health agency showed on Tuesday, registering 11,507 cases on Dec. 30.

“The King and Queen, who are fully vaccinated with three injections, have mild symptoms and are feeling well, given the circumstances,” the palace said in a statement.

The palace said the king, 75, and the queen, 78, were self-isolating and that work to trace those they had been in contact with was underway.

Carl Gustaf, whose role is largely ceremonial, became Sweden’s head of state at the age of 27, following the death of King Gustaf VI Adolf in 1973, and is the country’s longest serving monarch.

Crown Princess Victoria, his eldest daughter and heir to the throne, had the virus in March last year as did her husband, Prince Daniel. Both recovered after suffering mild symptoms.

After a calm autumn, Sweden has seen a surge in infection in recent weeks.

In the four-day period from Friday through Monday, the country registered 42,969 new cases and 20 deaths, the Public Health Agency figures showed.

Omicron has spread fast, especially in urban regions. Scientists estimate it now accounts for 50% or more of infections in areas such as the capital, Stockholm.

Last month, the government tightened restrictions on public gatherings and urged all those who can to work from home.

Restrictions are still relatively limited, in keeping with government policy through the pandemic of avoiding hard lockdowns.

The country’s COVID death toll has been far higher per capita than its Nordic neighbours, which imposed tougher restrictions early in the pandemic, but lower than many European countries that locked down.

King Carl Gustaf made headlines in Sweden in 2020 when he said his country had failed in its handling of COVID-19, a sharp criticism of a pandemic policy partly blamed for a high death toll among the elderly.