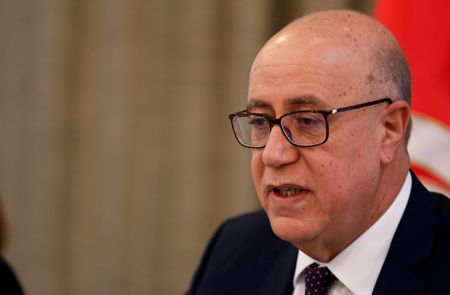 TUNIS (Reuters) – Tunisia will soon enact difficult economic reforms that have been delayed for years, the central bank governor said on Saturday, adding that financial authorities were trying to keep the dinar currency stable.

Tunisia this month reached a preliminary agreement with the International Monetary Fund (IMF) for a $1.9 billion rescue package that could be finalised in December.

Tunisia has been in need of international help for months as it grapples with a crisis in public finances that has raised fears it may default on debt and has contributed to shortages of food and fuel.

The IMF agreement is also critical to unlock bilateral aid from country donors that want reassurance Tunisia will put its finances on a more sustainable footing.

The reforms are expected to include reducing food and energy subsidies, in addition to reforming public companies and reducing public sector wages in real terms, according government officials.

‮”‬In times of crisis, we find serious solutions. We did not take difficult reforms for years. During this period, we will,‮”‬ Marouan Abassi, the central bank governor, told reporters.

He added that Tunisia aimed to keep the dinar stable and to give clarity to investors.

Opposition politicians and Tunisia’s powerful UGTT labour union have warned of a “social explosion” if painful reforms are implemented.