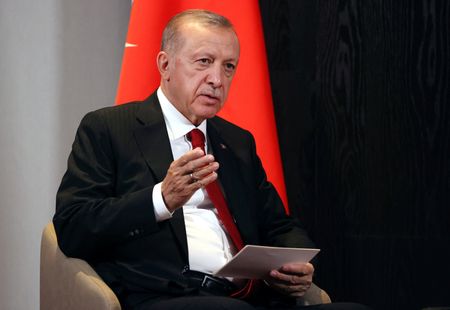 ISTANBUL (Reuters) – President Tayyip Erdogan said Turkey and Russia had reached a deal resolving a dispute over a nuclear power plant being built at Akkuyu in southern Turkey, reinstating a Turkish contractor, broadcaster NTV and other media said on Saturday.

“A deal has been reached regarding Akkuyu,” Erdogan was quoted as telling reporters after a visit to Uzbekistan.

Two sources had told Reuters on Friday that Turkish contractor IC Ictas had re-captured the deal to build the plant run by Russia’s Rosatom. Last month, the Russian state nuclear energy company terminated a contract with IC Ictas over what it called “numerous violations”.