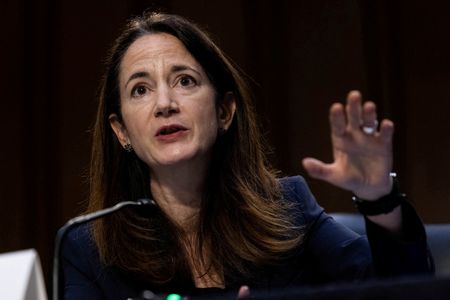 WASHINGTON (Reuters) -A U.S. judge has dismissed a lawsuit against a former top Saudi intelligence official by a Saudi state-owned firm, ruling that a rarely used U.S. government intervention to stop the release of classified information prevented the case from proceeding.

The decision was a defeat for Saudi Arabia’s de facto ruler, Crown Prince Mohammed bin Salman, known as MbS, in a legal battle with Saad al-Jabri, the former senior intelligence officer who once collaborated closely with U.S. counter-terrorism efforts.

“The court is unconvinced” that it could rule for Sakab Saudi Holding Co. without involving the materials that the U.S. government deemed state secrets, U.S. District Court of Massachusetts Judge Nathaniel Gorton said in dismissing the case on Wednesday.

Sakab’s case also had no basis in federal or Massachusetts law, he said.

Similarly, the U.S. government’s state secrets assertion barred Jabri from proceeding with a counter claim for a judgment that he legally obtained luxury properties in Boston sought by Sakab, Gorton found.

“This is a private action between cooperate entities and al-Jabri. The kingdom is not a party to this action. Any inquiries should be directed to the companies involved,” said a Saudi official who asked not to be further identified.

Jabri was a close aide to Prince Mohammed bin Nayef, a former Saudi interior minister ousted by MbS as heir to the throne in a 2017 palace coup. Jabri fled to Canada.

Jabri alleged in a 2020 U.S. lawsuit that Canadian authorities foiled a plot to kill him by a “hit squad” sent by MbS. The incident allegedly occurred less than two weeks after the murder on Oct. 2, 2018, by a team linked to the crown prince of Saudi journalist Jamal Khashoggi in the Saudi consulate in Istanbul.

Sakab and nine other Saudi companies sued Jabri in a Canadian court alleging that while serving Nayef, he masterminded a scheme that defrauded them of $3.5 billion. The firms are subsidiaries of a company owned by the Saudi state sovereign wealth fund of which MbS is the chairman. Jabri denies the allegation.

Sakab brought the suit in federal court in Massachusetts against Jabri and two of his sons seeking the seizure of eight condominiums they own in Boston in anticipation that it would win the Canadian case.

In September, Director of National Intelligence Avril Haines took the extraordinary step of intervening in the Massachusetts case, invoking the state secrets privilege to halt the release of classified information deemed harmful to national security.