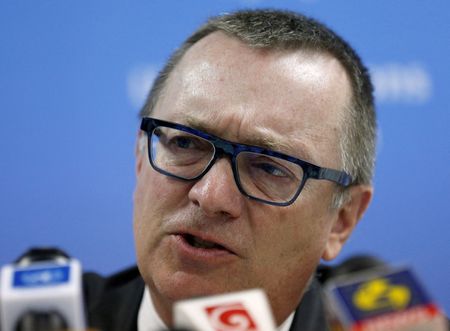 The year-long war between Ethiopia’s government and the leadership of the northern Tigray region, among Africa’s bloodiest conflicts, has killed thousands of civilians and displaced millions.

Washington has repeatedly called for an end to hostilities and a negotiated resolution to the conflict, an end to human rights abuses and violations, and for unhindered humanitarian access.

“Feltman will be in Addis on Jan. 6 for meetings with senior government officials to discuss peace talks,” the official said on Feltman’s upcoming visit to Addis Ababa.

Tigrayan forces fighting the central government last month withdrew from neighboring regions in Ethiopia’s north, a step towards a possible ceasefire after major territorial gains by the Ethiopian military.

Last week, State Department spokesman Ned Price said the withdrawal, and the Ethiopian government stating it did not intend to pursue those forces into Tigray, offers an opportunity for parties to come to the negotiating table.

But airstrikes in Tigray have continued, reportedly killing dozens of civilians, and no aid convoys have been able to enter since mid-December, the United Nations Office for the Coordination of Humanitarian Affairs said in a Dec. 30 report.

Washington has increasingly stepped up pressure to try to bring an end to the fighting, with Feltman traveling to the region several times in a diplomatic push.

The United States on Saturday cut Ethiopia from access to a duty-free trade program, following through on President Joe Biden’s threat in November to do so over alleged human rights violations in the Tigray region.

In November, the United States imposed sanctions on the Eritrean military and other Eritrea-based individuals and entities, as Washington warned it was prepared to take action against other parties to the conflict.