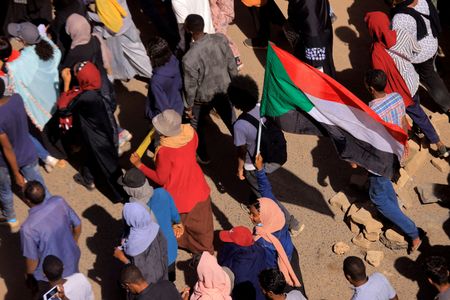 WASHINGTON (Reuters) – The United States, Norway, Britain and the EU warned Sudan’s military on Tuesday that they would not support a new prime minister unless a broad range of civilians are involved, threatening to withhold economic aid.

A credible government and parliament were necessary for the renewal of economic assistance, a statement by the so-called Troika countries and the EU said. They said they would look to accelerate efforts to hold those impeding the democratic process accountable if progress was not made.

The warning follows the resignation two days ago of Prime Minister Abdalla Hamdok, who had served from 2019 until an Oct. 25 coup and was reinstated on Nov. 21 in an agreement with the military widely rejected by protesters.

“Sudan’s people have spoken as loudly and clearly as they did in 2019. They reject authoritarian rule and want the transition toward democracy to continue. Sudan’s leaders must now show they are listening,” the statement said.

In his resignation speech, Hamdok said he had tried and failed to bring disparate forces together to agree on a path forward for the transition that began with the toppling of Omar al-Bashir in April 2019.

The U.S., Norway, UK and EU called on the Sudanese to select new civilian leadership and work on the timing and process for remaining transitional tasks, including groundwork for elections and the legislative and judicial branches of government.

“Unilateral action to appoint a new Prime Minister and Cabinet would undermine those institutions’ credibility and risks plunging the nation into conflict,” the statement read.

They also said they would continue to hold military authorities responsible for human rights violations and that they expect security services and other armed groups to refrain from violence against peaceful protesters and civilians.

Security forces fired tear gas on Tuesday to disperse large crowds demonstrating against military rule and the deaths of protesters in the capital Khartoum and neighboring cities, eyewitnesses told Reuters.

The demonstrations, the 13th round of protests since the coup, were called by a local “resistance committee” in Khartoum’s twin city of Omdurman. Some 57 people have been killed in protests against military rule since October, according to medics.

(Reporting by Daphne Psaledakis and Eric Beech in Washington and Nafisa Eltahir in Khartoum; editing by Grant McCool)