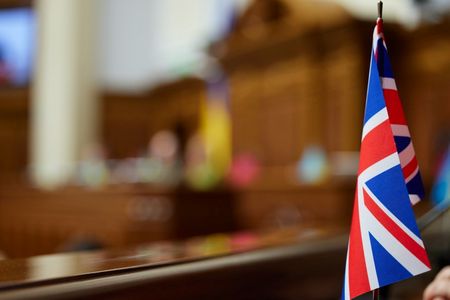 LONDON (Reuters) -Britain on Monday announced a new package of sanctions linked to what it described as Moscow’s “sham” referendums on four regions of eastern Ukraine joining Russia.

Citizens in four regions of Ukraine were voting for a fourth day on Monday in Moscow-organised referendums, a plan Kyiv and the West have branded a sham. They say the outcomes are pre-determined and they will not recognise the results.

Britain said among those sanctioned were top Russian officials involved in enforcing the votes.

“Sham referendums held at the barrel of a gun cannot be free or fair and we will never recognise their results,” British foreign secretary James Cleverly said in a statement.

“Today’s sanctions will target those behind these sham votes, as well as the individuals that continue to prop up the Russian regime’s war of aggression.”

Britain said those sanctioned included 55 board members and directors from organisations the government said “continue to bankroll the Russian war machine”. These included Gazprombank, Sberbank and Sovcombank.

The government also added another four oligarchs to the sanctions list: God Nisanov, Zarakh Iliev, Iskander Makhmudov and Igor Makarov. It said their net worth was 6.3 billion pounds ($6.81 billion).

Britain, along with Western allies, has imposed travel bans, asset freezes and other sanctions on hundreds of Russian individuals and entities since Feb. 24, the day Moscow sent troops into Ukraine.