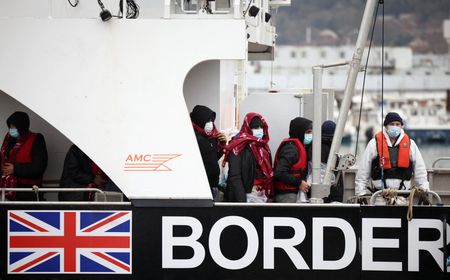 LONDON (Reuters) – Britain will seek to stop adults posing as children when claiming asylum by drawing up new scientific assessments to help determine an applicant’s age, the government said on Wednesday.

Adults were found to be posing as children in two thirds of claims disputed on the basis of age, the government said citing data from 1,696 cases in the year to September 2021.

“The practice of single grown adult men, masquerading as children claiming asylum is an appalling abuse of our system which we will end,” interior minister Priti Patel said in a statement.

A new committee will look at a range of scientific methods for determining age and assess their accuracy and reliability as well as considering medical and ethical issues.

The government said new checks would bring it into line with other European states which use x-ray and other medical scans to help assess a person’s age.