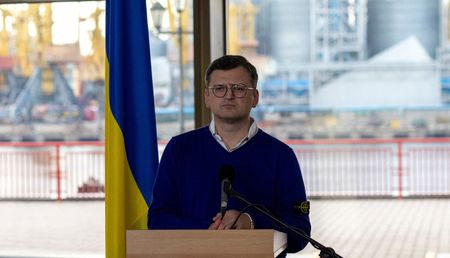 Ukraine and its Western allies have accused Iran of sending “kamikaze” drones to Russia which have then been used to devastating effect by Russian forces in strikes targeting Ukrainian infrastructure. Iran denies the charge.

“I demanded Iran to immediately cease the flow of weapons to Russia used to kill civilians and destroy critical infrastructure in Ukraine,” Kuleba said in a tweet.

“We have good ties with Russia and have had defence cooperation since earlier, but our policy towards the war in Ukraine is to respect the territorial integrity of countries, not to send weapons to conflicting parties, stop the war and end the displacement of people,” Amirabdollahian was quoted as saying.

Iran’s drones have become a key weapon in Russia’s arsenal during its war in Ukraine and have often been used in the past month to target crucial energy infrastructure.