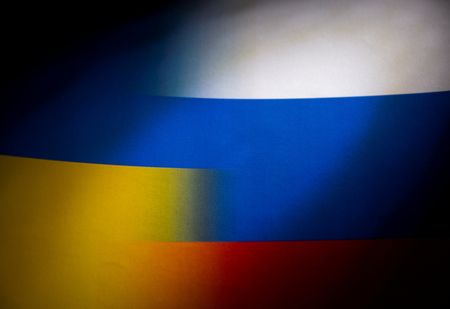 KYIV (Reuters) -Ukraine said on Friday it would not yield to pressure from Moscow to negotiate with Russian-backed separatist leaders, after the latest four-nation talks ended with no breakthrough on ending eight years of fighting.

Russia’s envoy to the talks said there was “zero” progress and accused Ukraine of putting forward absurd proposals.

The failure marked a setback for efforts to defuse the wider Ukraine crisis in which Russia has massed more than 100,000 soldiers near Ukraine’s borders, raising fears of a war.

Ukraine says 15,000 people have been killed since 2014 in fighting between its army and separatists in the breakaway, Russian-backed eastern regions of Donetsk and Luhansk. Kyiv says Russia has forces inside Ukraine fighting alongside the separatists, something Moscow denies.

Russia denies being a party to the conflict. RIA news agency quoted Russian envoy Dmitry Kozak as saying Ukraine was manipulating France and Germany into supporting its “absurd proposals”.

Western governments have been pinning their hopes on the four-way talks process as a way of defusing the wider crisis over Ukraine. U.S. Secretary of State Antony Blinken said on Friday a Russian invasion could come at any time.

But Russia and Ukraine reject each other’s interpretations of the complex 13-point Minsk peace deal that was agreed as far back as 2015 but has never been implemented.

Observers from the Organisation for Security and Cooperation in Europe (OSCE) record frequent ceasefire violations, sometimes running into hundreds of incidents daily.

Donetsk separatist leader Denis Pushilin said his forces would not be the first to mount an attack. “But we will do everything possible to defend ourselves,” he said.

Ukrainian President Volodymyr Zelenskiy has proposed direct talks with Russian President Vladimir Putin, which the Kremlin has so far rejected.

Russia denies planning to invade Ukraine but says it wants to enforce “red lines” to make sure that its former Soviet neighbour does not join NATO and that the alliance does not set up bases and missiles there.