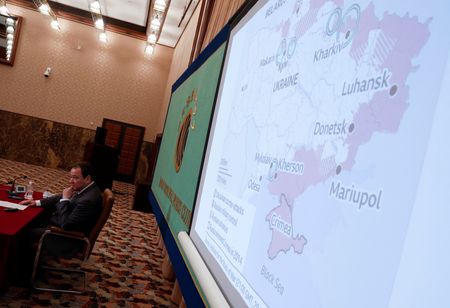 TOKYO (Reuters) – Ukraine will soon be able to better protect its skies and cities from Russian attacks because it expects “super modern” military equipment from the United States and Britain, Ukraine’s ambassador to Japan, Sergiy Korsunsky, said on Friday.

“They still have superiority in air force, in airplanes and missiles, and we expect to begin to receive super-modern equipment from the United States and Britain to protect our skies and our cities,” Korsunsky told a news conference.

“When they fire cruise missiles from long distance, we cannot get to the launch place. We have to intercept them. That’s why we need this modern equipment.”