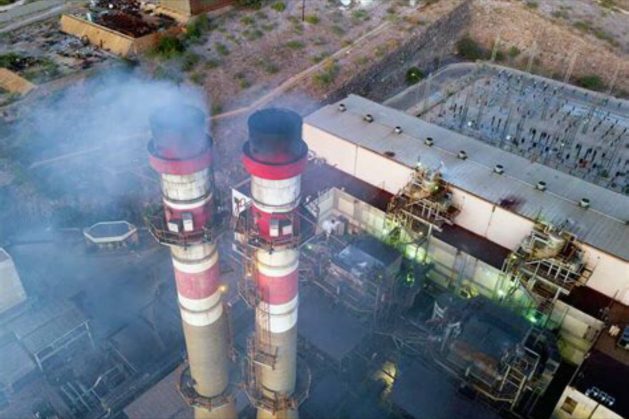 MEXICO CITY, Jun 30 2022 (IPS) – Liquefied gas does not occupy a prominent position in Mexico’s energy mix, but the government wants to change that scenario, to take advantage of the crisis unleashed by Russia’s invasion of Ukraine and the need for new sources of the fuel due to the sanctions against Russia.

The war modified the global outlook for gas by accentuating Europe’s dependence on natural gas and forcing it to look for other suppliers due to the sanctions against Russia. If prior to the war that began on Feb. 24 there was an oversupply and a lack of interest in financing gas projects, now the equation has changed radically.

ln addition to promoting the installation of private plants, Mexican President Andrés Manuel López Obrador announced on Jun. 11 the construction of a three billion dollar natural gas liquefaction plant in the southern state of Oaxaca, to be run by the state-owned Federal Electricity Commission (CFE).

A new gas pipeline to be laid between Oaxaca and Coatzacoalcos, in the southeastern state of Tabasco, will help feed the liquefied natural gas (LNG) processing plant using gas from the United States.

In July 2021, the Mexican government created the state-owned company Gas Bienestar, to sell the fuel at subsidized prices and thus cushion the impact of the international rise in fuel prices, driven by the increase in demand after the peak of the COVID-19 pandemic, which has doubled since the invasion of Ukraine.

Mexico depends on U.S. gas for residential and industrial consumption, transported mostly by pipelines belonging to U.S. companies, which are now looking for ways to sell it in third party markets, re-exporting it from Mexico after liquefying it in processing plants built here.

But this model is criticized for chaining Mexico to gas in the long term and reinforcing dependence on fossil fuels, thus breaking with the commitment to an energy transition to decarbonize domestic consumption.

“This dependence is not sustainable,” Jaqueline Valenzuela, director of the non-governmental Center for Renewable Energy and Environmental Quality, told IPS from the northwestern city of La Paz. “What we are seeing is that we are receiving gas from fracking after the government promised to stop supporting that technology. It is incoherent.”

“The country continues to bet on the fossil fuel extractivist model. We do not see another energy alternative being built in the face of the climate emergency.” — Edmundo del Pozo

In La Paz, the capital of the state of Baja California Sur, most of the power generation depends on fuel oil, a highly polluting petroleum derivative that is also harmful to human health.

Since the 2013 energy reform, which opened the sector to private foreign and local capital, Mexico has become a recipient of gas from the United States, obtained through hydraulic fracturing (fracking), a technique that requires large amounts of polluting chemicals and water, and transported through pipelines.

A network of gas pipelines has been created in this country of 131 million people, with 27 state and private pipelines, for distribution over a territory of almost two million square kilometers.

The recipients of the gas are some 50 thermoelectric combined cycle plants – which burn gas to generate steam for electricity – and turbogas units, both state-owned and private.

Increasingly, however, the LNG processed in Mexico will also be destined for markets in other continents, which are now eager for suppliers that are not facing Western sanctions.

Among the beneficiaries of the new world gas scenario are Mexican facilities that receive the fuel, liquefy it and re-export it by ship, to take advantage of the rising cost of the material.

Four private plants supply LNG in the northeast and northwest of the country, mainly for thermoelectric plants and industrial consumption.

Since 2008, the private Energía Costa Azul (ECA), located in the municipality of Ensenada, Baja California, has been operating with a capacity of one billion cubic feet (bcf) of gas per day, owned by Infraestructura Energética Nova (IEnova), a Mexican subsidiary of the US company Sempra Energy, which invested some 1.2 billion dollars in the facility.

In the Port of Pichilingue, also in Baja California Sur, the terminal of the same name, with the capacity to process three million tons of LNG per year and owned by the U.S. company New Fortress, has been operating since July 2021. The processing plant supplies the derivative to a local thermoelectric plant.

In Manzanillo, in the western state of Colima, the KMS Terminal, owned by Korean and Japanese corporations, has been operating since 2012 with a capacity of 3.8 million tons per year.

On the other side of the country, in Altamira, in the northeastern state of Tamaulipas, the terminal of the same name, co-owned by the Dutch company Vopak and Enagás from Spain, has been operating since 2006 with a capacity of 5.7 million tons per year.

Mexico as a producer

Mexico is the 12th largest oil producer in the world and the 17th largest gas producer. In terms of proven crude oil reserves, it ranks 20th, and 41st in natural gas, but its hydrocarbon industry is declining due to the scarcity of easily extractable deposits.

In Mexico, Latin America’s second largest economy, between 2019 and May this year natural gas production ranged between 4.6 and 4.8 bcf per day, according to official data.

Extraction is lower than domestic demand and to balance the deficit Mexico imports gas, especially from the United States, from which it imported a maximum of 935 million and a minimum of 640 million cubic feet per day (MMcf/d) over the last three years, according to figures from state-owned oil giant Petróleos Mexicanos (Pemex).

Imports of LNG vary widely: Mexico imported almost 54 billion bpd in 2019, a total that fell by one billion in 2020 and rose to 67 billion bpd in 2021, dropping again to 27 billion bpd last April. In addition, it has not exported LNG since July 2020, due to the demand of the domestic market.

“Our concern is that U.S. exports to Mexico will simply feed Mexican exports of liquefied gas.” — Tyson Slocum

Meanwhile, U.S. pipeline exports to Mexico have quadrupled in recent years, according to data from the U.S. government’s Energy Information Administration.

“While the U.S. must help its allies in need, the ability of U.S. gas to provide reliable and affordable energy to the world is quite limited,” Tyson Slocum, director of the Energy Program at the nonprofit consumer advocacy organization Public Citizen, told IPS from Washington.

Slocum said that “our concern is that U.S. exports to Mexico will simply feed Mexican exports of liquefied gas.”

The greed for gas attracts private and public companies alike. The U.S. Department of Energy (DOE) has issued at least five permits to export LNG and to re-export it via Mexico since 2016. In addition, one project is under construction and three others are planned on Mexico’s Pacific coast.

IEnova and France’s TotalEnergies are building phase one of ECA, a plant with a capacity of 3.25 million tons of LNG per year with an investment of two billion dollars, scheduled to start operating in 2024. Meanwhile, phase two is under design, to produce an additional 12 million tons per year.

Mexico Pacific Limited LLC (MPL), owned by three U.S. private investment funds, is building another regasification plant in Puerto Libertad in the northwestern state of Sonora, with an investment of 2.5 billion dollars, which is projected to export 14 million tons of LNG annually to Asia.

The first stage is to begin in 2025, with 4.7 million tons, President López Obrador said at one of his morning press conferences.

In December 2018, the DOE authorized MPL to export up to 1.7 bcf per day from the future facility, an endorsement required to export the fuel from the U.S.

In addition, the Vista Pacifico LNG project planned by Sempra in Topolobampo, in the northwestern state of Sinaloa, is to transport fuel from the Permian Basin oil-and-gas-producing area in West Texas for re-export to Asia and Europe, in addition to several destinations in South America.

Last January, Mexico’s state-owned CFE and U.S.-based Sempra signed a voluntary memorandum of understanding for the probable construction of a plant for this purpose.

Also in Sinaloa, the private LNG Alliance of Singapore is building the Amigo LNG plant, which will begin operations in 2027 with the capacity to process 3.9 million tons per year.

“The country continues to bet on the fossil fuel extractivist model. We do not see another energy alternative being built in the face of the climate emergency,” complained Edmundo del Pozo, coordinator of the Territory, Rights and Development area of the non-governmental Fundar Center for Research and Analysis.

The expert told IPS that the modernization of hydroelectric plants and the strengthening of Pemex promoted by López Obrador since he took office in December 2018 have favored gas consumption.

“Continuing with fossil fuels is not an option. We are fighting for the inputs used to generate electricity to be local,” such as sunlight, said Valenzuela, the head of the non-governmental Center for Renewable Energy and Environmental Quality.