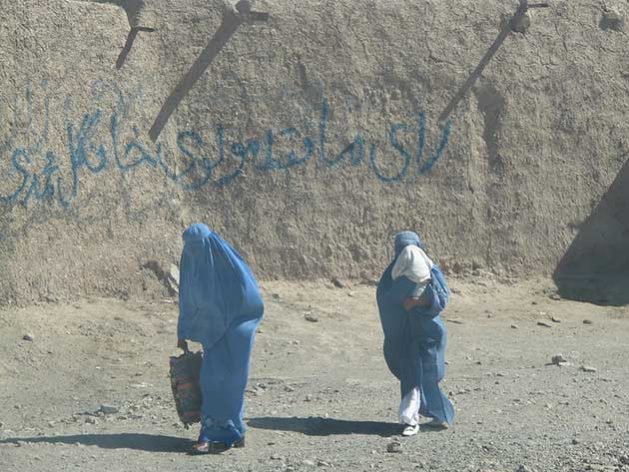 NEW DELHI, India, Jun 17 2022 (IPS) – Gynophobia is defined as an intense and irrational fear of women or hatred of women, it may be characterized as a form of specific phobias, which involves a fear that is centered on a specific trigger or situation, which in the case of gynophobia is women.

After 20 years of war in Afghanistan, in August 2021, the Taliban completed their shockingly rapid and forced advance across Afghanistan by capturing Kabul on 15th August. What followed this takeover has since then been a series of human rights violations, humanitarian catastrophe, roll back on women’s rights and media freedom – the foremost achievements of the post-2001 reconstruction effort. The country has also been enduring a deadly humanitarian crisis, with malnutrition spiking across the country with 95 percent of households experiencing insufficient food consumption and food insecurity, according to this report. The number of malnourished children in Afghanistan has more than doubled since August with some dying before they can reach hospitals.

According to this report, 9 million people are close to being afflicted by famine in Afghanistan, millions have gone months without a steady income. Afghanistan’s economic crisis has loomed for years; the result of poverty, conflict and drought. This, combined with a sudden drop-off in international aid, has made it more tough for Afghans to survive, adding to this list is illicit opium trade and the worrying drug addiction, an ongoing challenge for the country.

However the priority for the Taliban was not saving the economy and the country from these disasters, instead under the cloak of religion, it didn’t take too long for the fundamentalist group to focus and display its misogynistic gynophobia towards the women and girls in the country, as it was expected. What Taliban fears, yet again, Afghan girls attending school beyond 6th grade, a decision directly affecting 1.1 million secondary school girls, depriving them of a future.

Taliban officials have also announced women and girls would be expected to stay home and if they were to venture out, they would have to cover in all-encompassing loose clothing that only reveals their eyes, making it one of the harshest controls on women’s lives in Afghanistan since it seized power in August last year. They fear women journalists so much, they ordered all female newscasters to cover their faces while on air.

International rights groups, Human Rights Watch says the list of Taliban violations of the rights of women and girls is long and growing. Amongst many that have been listed, include appointment of an all-male cabinet, abolition of the ministry of Women’s Affairs and replacing it with the Ministry of Vice and Virtue. Banning secondary education for girls, banning women from all jobs, blocking women from traveling long distances or leaving the country alone. “They issued new rules for how women must dress and behave. They enforce these rules through violence,” it stated in this report.

Women in Afghanistan since last August have been fighting back, through protests demanding the right to work and to go to school.

Sara Wahedi“We don’t need any more condemnation”, says Sara Wahedi, CEO and Founder of Ehtesab, Afghanistan’s first civic technology set up. “It is infuriating because most Afghan women knew this would happen, and we told the international stakeholders if they wanted to deliberate with them (the Taliban) then to have very specific points that would keep the Taliban accountable, that never happened, and now there are these flood gates where they are doing what they want to do, they are repeating everything from 1996.

“We know what is happening is terrifying, it’s unjust, it’s inhumane, what is the international community going to do to facilitate accountability measures now,” says Wahedi.

In 2021, Wahedi was named one of the Next Generation leaders by TIME Magazine, her mobile app, Ehtesab, crowd-sources verified reports of bombings, shootings, roadblocks and city-service issues, helping residents of Kabul to stay safe. As a young tech entrepreneur, Wahedi says she is amongst the few who got her education and the freedom to do what she wanted, as the times were different

“I feel incredibly guilty, I think most Afghan women who are out of Afghanistan, who were able to pursue education to the highest level feel a crippling sense of anxiety and guilt. Education is ingrained in our psyche right from the time we are born from our parents, but for our country it was also different because we have seen war, we have seen instability, it is even more pertinent to get out of this life, all Afghan girls, they know this and to have it taken away from them so violently, it’s obviously affected their mental health, and I feel an inexplicable level of guilt to be in this position,” Wahedi says.

Women and girls have continued to bear the brunt of restrictions under the Taliban and their imposed doctrine, as seen in the past. The United Nations Human Rights Office of the High Commissioner (UNHCR) in this report said, “What we are witnessing today in Afghanistan is the institutionalized, systematic oppression of women.”

In this interview given to CNN, Sirajuddin Haqqani, Afghanistan’s acting Interior Minister and Taliban’s co-deputy leader since 2016 said, “We keep naughty women at home.” After being pressed to clarify his comments, he said: “By saying naughty women, it was a joke referring to those naughty women who are controlled by some other side to bring the current government into question.”

With the Taliban coming into power, there is no doubt that the women in Afghanistan will continue to face an uncertain future and in order to avert the irreversible damage being done to the female population, international communities and organizations must not just condemn the Taliban, but also hold them accountable and speak up on behalf of Afghan women, before they are all forced into invisibility. Whatever little progress was made by women in Afghanistan, the Taliban have through their rules and policies reversed them, pushing women towards invisibility and exacerbated inequalities against women. What they fear – women being educated, being seen, having an identity, agency, work, job, rights, freedom and their ability to hold them accountable. The realities of life under the Taliban control, whatever the timeline may be, remains the same.