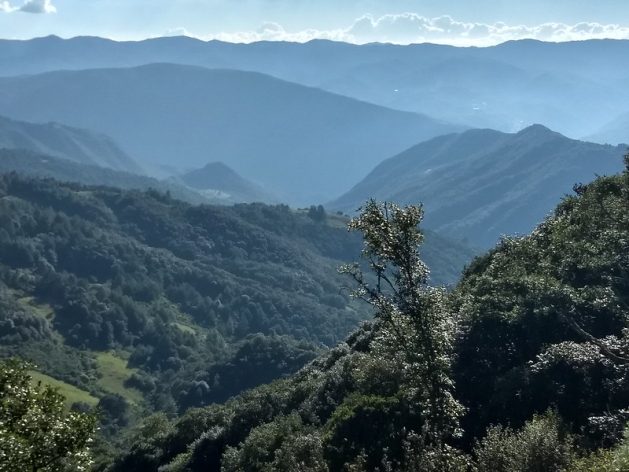 MADRID, Jun 3 2022 (IPS) – In a previous article, IPS reported on some of UNICEF’s key findings about the harsh impacts on the world’s children –and the whole Planet Earth– of the excessive consumption by mostly rich countries.

One of these is that if everyone were to consume resources at the rate at which people in the United States, Canada and Luxembourg do, at least five Earths would be needed.

But there is a problem

And it is that there is one Earth.

“In the Universe there are billions of galaxies… In our Galaxy are billions of planets… But there is one Earth (#OnlyOneEarth) reminds the UN on the occasion of the 2022 World Environment Day marked on 5 June.

More than ever, it goes on, this single Earth is now facing a triple planetary emergency: the climate is heating up too quickly for people and nature to adapt; habitat loss and other pressures mean an estimated 1 million species are threatened with extinction, and pollution continues to poison the air, the land and the water.

Earth is now facing a triple planetary emergency: the climate is heating up too quickly for people and nature to adapt; habitat loss and other pressures mean an estimated 1 million species are threatened with extinction, and pollution continues to poison the air, the land and the water

Further to IPS article World Environment Day (I): The Richest 1% Pollutes More than the Poorest 50%, which exposed the main causes of the current rate of depletion of the world’s natural resources, here are some of the most outstanding consequences of human activities:

In spite of all the above, there is still a big gap. It is about the gap between what the world needs to spend to adapt and what it is actually spending is widening.

In fact, the UN reports that the estimated costs of adaptation continue to rise and could reach US$280-500 billion per year by 2050 for developing countries alone.

Time is running out

Time is running out, and nature is in emergency mode, warns the UN.

“Without action, exposure to air pollution beyond safe guidelines will increase by 50% within the decade and plastic waste flowing into aquatic ecosystems will nearly triple by 2040.”

Half a century ago…

The “Only One Earth” theme of the World Environment Day was the slogan for the first United Nations Conference on the Human Environment, held in Stockholm in June 1972. Since then, a full half a century has elapsed. And the situation is getting dangerously worse.

Just ahead of this year’s World Environment Day, world leaders and representatives from governments, business, international organisations, civil society and youth, gathered on 2 and 3 June 2022 in Sweden for the Stockholm+50 – an international meeting to drive action towards a healthy planet for all.

Maybe. According to the UN, key areas for transformation include “how we build and live in our homes, cities and places of work and worship, how and where our money is invested…”

“But others of greater magnitude include: energy, production systems, global trade and transport systems, and protection of biodiversity.”

So, there would be a way out, but how? The good news, the world body says, is that the solutions and the technology exist and are increasingly affordable.

Already a quarter of a century ago, in Athens, a UN-backed meeting with Mediterranean business representatives, informed the the urgent need for action to save Mare Nostrum from the devastating impacts of sea pollution proceeding from land, caused mostly by the region’s industries, oil and gas infrastructures, oil transportation (by that time there was an average of 2.000 oil tankers crossing the sea… and any given minute…), etcetera.

The business sector was then strongly recommended to move, quickly, towards a cleaner production, a cleaner transport, etcetera.

One relevant business’ representative immediately reacted: ”all this is great. We fully agree. But are you going to pay for that? We are business, our job is to make money, so…”

But who can really ‘pay’ for that?

The world’s most industrialised countries seem not to be interested in helping resolve the problems that they have been mostly causing. On the contrary, there have been progressively diminishing the much needed assistance they themselves had committed to.

In view of the relentless depletion of this one Earth’s natural resources, big business –and some of the world’s wealthiest individuals– have been generously funding the exploration –and exploitation– of outer Space.

Is it to search for food, water and fertile lands for the world’s one billion hungry people? Or is it rather to find more minerals to feed the highly lucrative technologies?

Another question: why has the powerful military industry been showing a great interest in exploring outer Space – and even in militaritasing it? Is it also about minerals? After all, more than ever, wars now need highly technologically-sophisticated weapons.