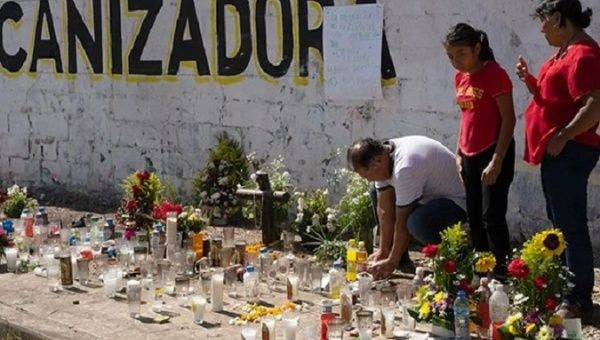 This network was dedicated to smuggling people from Santo Domingo to the United States through countries such as Guatemala, Panama, and Mexico.

On Wednesday, the Dominican Republic’s attorney general announced the dismantling of the human trafficking network that organized the trip in which 3 out of 6 Dominicans died during a truck accident in Mexico.

Five people detained for this case face 18 months in prison. Their arrests took place in San Pedro de Macoris province and in Bani municipality, where the Dominicans injured in Mexico were from.

This network smuggled people from Santo Domingo to the United States through countries such as Guatemala, Panama, and Mexico. The Dominican “coyoteros” charged migrants up to US$20,000, which allowed them to acquire sumptuous properties and high-end vehicles.

On Dec. 17, six Dominicans died on a highway in the state of Chiapas, where 50 people of other nationalities also lost their lives. Seven Dominicans who were traveling in that group are still missing.

Currently, Mexico is experiencing one of the largest migratory waves in its history. From January to October, this Latin American country detained 228,115 migrants, received 108,195 asylum requests, and deported 82,627 people.

The lastest of these massive arrests occurred on Monday when Mexican authorities intercepted 114 Caribbean migrants who are traveling on the Tapachula-Huehuetan highway, in Villa Mazatan municipality in Chiapas.

“They are 31 women and 39 adult men, accompanied by 29 girls and 25 underage boys,” the Yucatan Times reported, adding that the minors will remain under the guardianship of the System for the Integral Development of the Family (DIF).