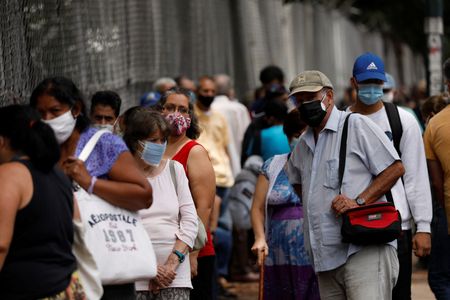 CARACAS (Reuters) -Venezuelan President Nicolas Maduro said on Wednesday that seven cases of the Omicron variant of the coronavirus have been detected in the South American country.

All the cases occurred in people who had traveled from other countries, including Panama, Dominican Republic, Spain and Turkey, and got positive test results at the airport, Maduro said on state television.

“Omicron has arrived, it is more contagious,” he said.

Maduro added his government wants to vaccinate 90% of the Venezuelan population by the end of the year and to begin giving out booster shots in the first week of January.

The most-used COVID-19 vaccines in Venezuela are China’s Sinopharm and Russia’s Sputnik.