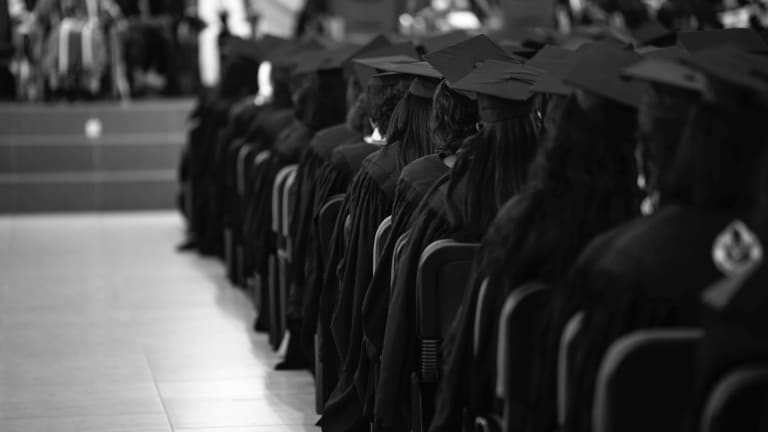 Student debt disproportionately impacts Black and Brown Americans. It’s time to end this collective financial burden, and the president can do so with the stroke of a pen.

If America has a cold, then the Black community has the flu,” said India Walton, explaining how the burden of student debt is disproportionately borne by African Americans. Walton, who famously campaigned on a socialist platform to beat a Democratic incumbent in last year’s mayoral primary race in Buffalo, New York, is now a senior strategic organizer with RootsAction.org leading the organization’s “Without Student Debt” campaign. “Forty-seven million Americans carry student debt, but the burden of the debt falls disproportionately on Black and Brown people,” she said.

According to the Education Data Initiative, out of the 47 million Americans that Walton cited, about 92 percent of them (43 million Americans) have borrowed more than $1.6 trillion from the U.S. government in order to access higher education. The average federal loan size per borrower is $37,113, but when factoring in loans from private borrowers, that number rises to more than $40,000.

Because of how the income and wealth gap is so starkly delineated along racial lines, it’s not at all surprising that Black and Brown students are disproportionately represented among student borrowers. Women are also the majority of borrowers. Those at the intersection of race and gender are most impacted. “The average Black woman carries more than $35,000 in student debt,” said Walton.

The simple reason why nearly one-third of all undergraduates borrow money from the federal government in order to attend college or university is that the cost of higher education has risen dramatically. According to one in-depth analysis, it has risen nearly five times faster than inflation over the past half-century. And, if the price tag of higher education were in line with inflation, it would cost only about $10,000 or $20,000 per year to attend a public or private four-year school, respectively. Instead, while public universities are still relatively less pricey, private schools can cost upward of $50,000 a year.

Since wages haven’t kept up with the skyrocketing costs of higher education, student debt has ballooned as borrowers are unable to pay back the loans. It’s no wonder that some people consider suicide as they face the grim prospects of being unable to pay back tens of thousands of dollars.

It turns out that student debt, just like medical debt or the inability to pay increasing rents, is just another feature of a capitalist, market-driven system designed to ensure the health of Wall Street over the wellness of people. And—it bears repeating—those financial stresses affect people of color the most. “It’s a stain on this, the wealthiest nation in the world, that we are not even able to provide basic services to our people,” said Walton.

Meanwhile, since his election, President Joe Biden has tantalized debt-burdened Americans with indications that he might keep his campaign promises of forgiving federal student loans. His initial campaign promise of forgiving $50,000 in loans was dramatically downgraded to only $10,000. Walton said, “what we’re asking for, what we’re demanding, is that all federally guaranteed student debt be canceled,” not just a portion.

Corporate media outlets are predictably doing their part to help Biden water down the idea of debt forgiveness. Even though only a minority of Americans feel that it is unfair to forgive the loans of some people because others have found ways to pay them back, media outlets have elevated this talking point.

Walton said this argument is “not valid.” Citing the high cost of colleges and low wages, she said, “we’re just not in the same economic conditions as people were, who seem to tout having paid off their student loan[s].”

Additionally, some media pundits are labeling the demand to erase student debt as a radical idea, akin to “Defund the Police,” or “Abolish ICE” (none of these are in fact radical). David Frum writing in the Atlantic claimed that the call to erase student debt is a “trap” laid for Biden by leftist activists. He bizarrely compared it to the right-wing culture wars being waged by GOP leaders like Gov. Ron DeSantis of Florida.

How is DeSantis’ targeting of transgender youth to win political points from his rabidly homophobic and transphobic voter base anything like Biden erasing the student debt of 43 million Americans? If anything, the GOP may be opposed to debt forgiveness precisely because such a move would benefit disproportionately impacted Black and Brown people.

Americans are worried about the state of the economy, and are blaming Biden for it. In such a context, student debt forgiveness is a no-brainer. Not only would it amount to a retroactive government subsidy for higher education—a far more constructive use of tax dollars than, say, the fossil fuel industry—it would also amount to an economic stimulus. With fewer loan payments to make, borrowers would have more income freed up to spend on necessities. At a time of high inflation, any extra income helps household finances.

As prospects for Democrats to hold on to their slim House and Senate majorities in the November midterms appear grim, it would seem to be an obvious electoral tactic, if not a morally sound decision, to forgive the student debt that has hampered the lives of so many people, and especially Black and Brown Americans. Polls show there is overwhelming support for doing so.

The response from the GOP does not go beyond the now-cliché label of “socialism” to describe debt forgiveness. Republicans are also claiming that Biden lacks the legal right to cancel the debt via executive order—a laughable position in light of former President Donald Trump’s constant executive overreach. But, in response to Republicans introducing a recent bill to thwart Biden’s executive authority to cancel student debt, analysts have pointed out that the Republican Party has inadvertently admitted that the president does indeed have the legal standing to do so.

“The Higher Education Act of 1964 gives the president the power to direct his secretary of education to cancel debt broadly,” said Walton. Indeed, for the past two years, Biden has used this same authority to pause the repayment of federal student debt in light of pandemic-related financial hardships.

“I’m concerned,” said Walton. “I don’t know what the reason for not [doing] broad cancellation [of debt] would be.” Republicans never seem to waver in their singular focus on ensuring that wealth flows upward and into the hands of wealthy white elites. And Democrats, far too often, fail to provide a countervailing force in the other direction.