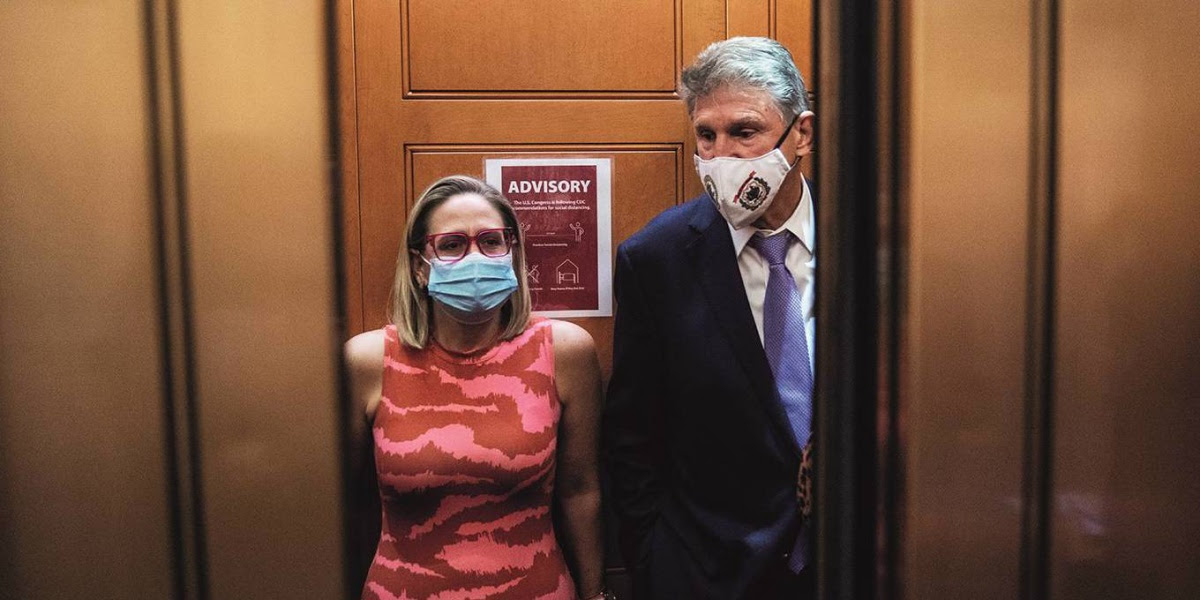 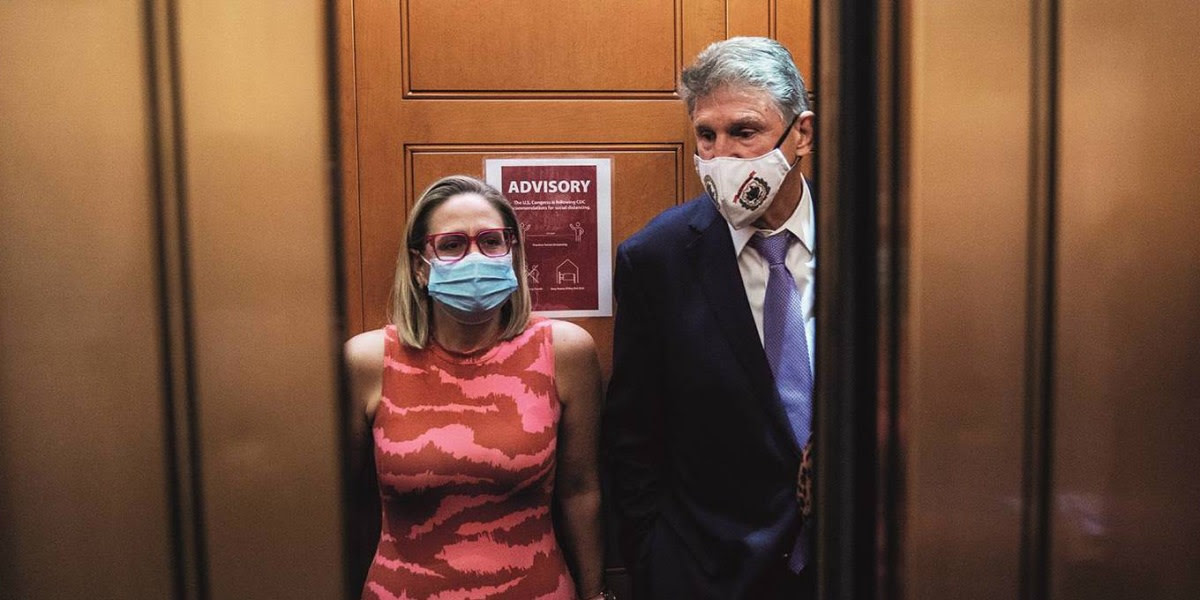 Almost a year after Joe Biden’s narrow election victory over Donald Trump, the United States remains on a knife-edge. Many political outcomes are possible. These range from the gradual economic and political reform that Biden is seeking to the subversion of elections and constitutional rule that Trump attempted last January – and that he and the Republican Party are still intent on pursuing.

It’s not easy to diagnose exactly what ails America at its core so deeply that it incited the Trump movement. Is it the ceaseless culture wars that divide America by race, religion, and ideology? Is it the increase in inequality of wealth and power to unprecedented levels? Is it America’s diminishing global power, with the rise of China and the repeated disasters of US-led wars of choice leading to national agony, frustration, and confusion?

The US is still in the throes of a struggle to overcome decades of political corruption and social neglect. The outcome is uncertain.

All of these factors are at play in America’s tumultuous politics. Yet in my view, the deepest crisis is political – the failure of America’s political institutions to “promote the general Welfare,” as the US Constitution promises. Over the past four decades, America’s politics have become an insider’s game to favor the super-rich and corporate lobbies at the expense of the overwhelming majority of citizens. 1

The 1% Above the Rest

Warren Buffett homed in on the essence of the crisis in 2006. “There’s class warfare, all right,” he said, “but it’s my class, the rich class, that’s making war, and we’re winning.”

The main battlefield is in Washington, DC. The shock troops are the corporate lobbyists who swarm the US Congress, federal departments, and administrative agencies. The ammunition is the billions of dollars spent annually on federal lobbying (an estimated $3.5 billion in 2020) and campaign contributions (an estimated $14.4 billion in the 2020 federal elections). The pro-class-war propagandists are the corporate media, led by mega-billionaire Rupert Murdoch.

Nearly 2,500 years ago, Aristotle famously observed that good government can turn into bad government through a flawed constitutional order. Republics, governed by the rule of law, can descend into populist mob rule, or oligarchic rule by a small and corrupt class, or a tyranny of personal, one-man rule. America faces such possible disasters unless the political system can detach itself from the massive corruption of corporate lobbying and campaign financing by the rich.

America’s class war on the poor is not new but was launched in earnest in the early 1970s and implemented with brutal efficiency over the past 40 years. For roughly three decades, from President Franklin D. Roosevelt’s inauguration in 1933 in the midst of the Great Depression to the Kennedy-Johnson period of 1961-68, America was generally on the same development path as postwar Western Europe, becoming a social democracy. Income inequality was declining, and more social groups, most notably African-Americans and women, were joining the mainstream of economic and political life.

Then came the revenge of the rich. In 1971, a corporate lawyer, Lewis Powell, laid out a strategy to reverse the social democratic trends toward stronger environmental regulation, worker rights, and fair taxation. Big business would fight back. President Richard Nixon nominated Powell to the US Supreme Court in 1971, and he was sworn in early the next year, enabling him to put his plan into operation.

Under Powell’s prodding, the Supreme Court opened the floodgates to corporate money in politics, adding fuel to the class war fires. In Buckley v. Valeo(1976), the court struck down federal limits on campaign spending by candidates and independent groups as violations of free speech. In First National Bank of Boston v. Belotti (1978), Powell wrote the majority opinion declaring that corporate spending for political advocacy was free speech that could not be subjected to spending limits. The Court’s onslaught on campaign finance limits culminated in Citizens United v. Federal Elections Commission (2010), which essentially ended all limits on corporate spending in federal politics.

When Ronald Reagan became president in 1981, he reinforced the Supreme Court’s assault on the general welfare by cutting taxes for the rich, waging an assault on organized labor, and rolling back environmental protections. That trajectory has still not been reversed.

As a result, the US has diverged from Europe in basic economic decency, well-being, and environmental control. Whereas Europe generally continued on the path of social democracy and sustainable development, the US charged ahead on a path marked by political corruption, oligarchy, class war, an ever-widening gap between the rich and the poor, disdain for the environment, and a refusal to limit human-induced climate change.

A few numbers spell out the differences. Governments in the European Union raise revenues averaging roughly 45% of GDP, while US government revenues amount to only around 31% of GDP. European governments thus are able to pay for universal access to health care, higher education, family support, and job training, while the US does not ensure provision of these services. Europe tops the World Happiness Report rankings of life satisfaction, while the US ranks only 19th. In 2019, life expectancy in the EU was 81.1 years, compared to 78.8 years in the US (which had a higher life expectancy than the EU in 1980). As of 2019, the share of the richest 1% of households in national income was around 11% in Western Europe, compared with 18.8% in the US. In 2019, the US emitted 16.1 tons of carbon dioxide per person, compared with 8.3 tons of CO2 per person in the EU.

In short, the US has become a country of the rich, by the rich, and for the rich, with no political responsibility for the climate damage it is imposing on the rest of the world. The resulting social cleavages have led to an epidemic of deaths of despair (including drug overdoses and suicides), declining life expectancy (even before COVID-19), and rising rates of depression, especially among young people. Politically, these derangements have led in varied directions – most ominously, to Trump, who offered faux populism and a cult of personality. Serving the rich while distracting the poor with xenophobia, culture wars, and a strongman’s pose may be the oldest trick in the demagogue’s playbook, but it still plays surprisingly well.

This is the situation that Biden is trying to address, but his successes so far have been limited and fragile. The simple fact is that all congressional Republicans and a small but decisive group of Democrats (most notoriously Senators Joe Manchin of West Virginia and Kyrsten Sinema of Arizona) are intent on blocking any meaningful increase in taxes on the rich and US corporations, thereby preventing the growth in federal revenues urgently needed to create a fairer and greener society. They are also blocking decisive action on climate change.

Thus, we are arriving at the end of Biden’s first year with the rich still entrenched in power, and with obstacles in every direction regarding fair taxation, increased social spending, protection of voting rights, and urgently needed environmental safeguards. Biden could still eke out some modest wins, and then build on them in the coming years. The public wants this. Roughly two-thirds of Americans favor higher taxes on the rich and corporations.

Yet there is a real possibility that Biden’s setbacks in 2021 will help the Republicans win control of one or both chambers of Congress in 2022. That would put an end to legislative reforms until at least 2025, and could even presage the return of Trump to power in the 2024 presidential election amid social disarray, violence, media propaganda, class war and voter suppression in Republican-controlled states.

America’s turmoil has disturbing international implications. The US cannot lead global reforms when it cannot even govern itself coherently. Perhaps the only thing that unites Americans nowadays is an overwrought sense of threats from abroad, mainly from China. With America in domestic disarray, politicians of both parties have escalated their anti-China rhetoric, as if a new Cold War could somehow soothe America’s homegrown angst. The only thing that Washington’s bipartisan belligerence will produce, alas, is more global tension and new dangers of conflict (over Taiwan, for example), not security or real solutions to any of our urgent global problems.

The US is not back, at least not yet. It is still in the throes of a struggle to overcome decades of political corruption and social neglect. The outcome remains highly uncertain, and the outlook for the coming years is fraught with peril for both the US and the world.