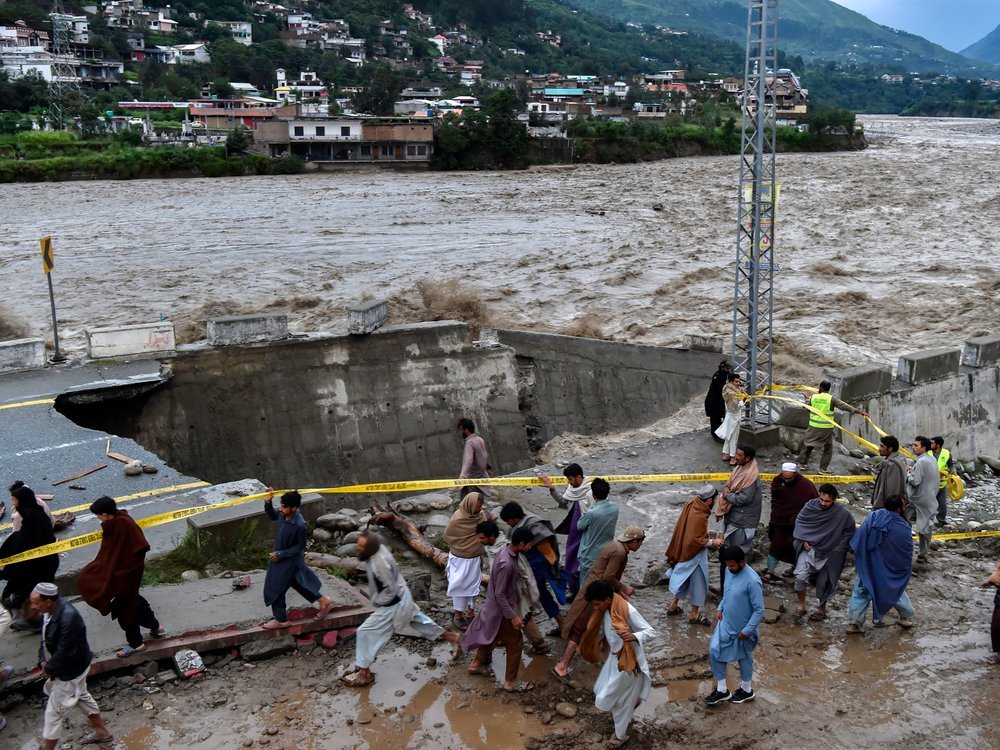 The country has pledged $13 million, which will go to the Sahel region in northwestern Africa and other impacted areas

Denmark has become the first U.N. member state to offer “loss and damage” support to developing nations that have experienced unavoidable social and financial impacts because of climate change.

The country pledged 100 million Danish crowns—more than $13 million—that will go to the Sahel region in northwestern Africa and other impacted regions, per Reuters’ Valerie Volcovici.

“It is grossly unfair that the world’s poorest should suffer the most from the consequences of climate change, to which they have contributed the least,” Danish development minister Flemming Møller Mortensen says in a statement. “With this new agreement, we are putting action behind words.”

Wealthier nations are responsible for much of the world’s greenhouse gas emissions. Of all historical carbon dioxide emissions, 23 developed nations—including the U.S. and many E.U. countries—are responsible for half. More than 150 nations’ emissions make up the rest. Between 1990 and 2015, the richest 1 percent of the world contributed twice as much carbon pollution as the poorest half of the world did, per a 2020 OXFAM report. Yet developing nations bear the brunt of the impacts and often don’t have the funds to adapt to the changing climate.

“We have contributed the least to this problem, yet we suffer disproportionately,” Sonam P. Wangdi, chair of the Least Developed Countries group under the United Nations Framework Convention on Climate Change, told the Times. “There must be increasing support for adapting to impacts.”

Climate justice advocates have long pushed for loss and damage pay, but the idea has recently garnered more attention as climate disasters, such as the flooding in Pakistan and the drought in East Africa, take their toll, per the Washington Post’s Sarah Kaplan.

More than 400 advocacy organizations have signed a letter demanding loss and damage finance be added to the agenda for the COP27 Climate Conference, which will take place in November in Sharm el-Sheikh, Egypt. At COP26 last year, both Scotland and the Wallonia region of Belgium, which are not U.N. member states, pledged money for loss and damage and urged other nations to follow suit.

Some experts, however, have expressed concern about a portion of the Danish funding going to an insurance program rather than to direct aid, writes the Guardian’s Fiona Harvey. Such a system would “create business for European corporations in the developing countries, eventually making vulnerable people pay for the premium toward losses and damages from climate disasters,” Harjeet Singh, head of global political strategy at the nonprofit Climate Action Network, tells the Post.

Still, activists tell the Guardian that Denmark’s investment is a significant step that might encourage other countries to make similar pledges.

“[We] deserve to live without the looming fear of debt and destruction,” Walton Webson, Antigua and Barbuda’s ambassador to the U.N. and chair of the Alliance of Small Island States, tells the Guardian. “Our islands are bearing the heaviest burden of a crisis we did not cause, and the urgent establishment of a dedicated loss and damage response fund is key to sustainable recovery. We are experiencing climate impacts that become more and more extreme with each passing year.”