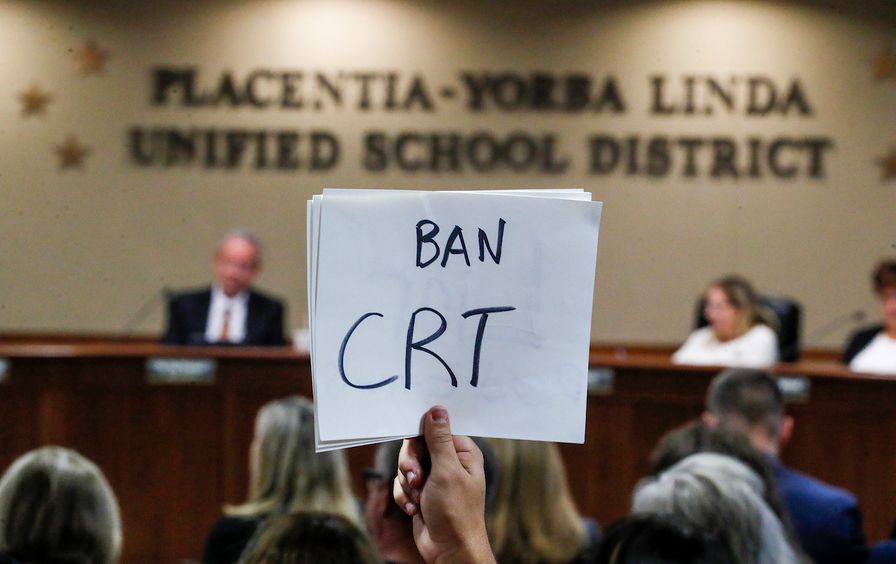 The GOP has been relentlessly hammering on the issue since the last presidential election, viewing it as the party’s way back into suburban voters’ good graces.

Ihave long been amazed at the GOP’s ability to sniff out the latest public moral panic, and to either identify or manufacture one wedge issue after another as a way to lock down their voters’ support. The party may be lousy at governing, but it’s certainly good at stirring up fear and cultural unease as a way to kick the legs out from underneath its political opponents.

When I was a kid, Reagan realized that many white voters could be made to feel resentful of African Americans on welfare, and so he hammered home a racist message about “welfare queens.” A decade later, California’s GOP Governor Pete Wilson zeroed in on fears of crime, affirmative action, and undocumented immigrants. The fearmongering was instrumental in his winning reelection. Fast forward more than 20 years, and Trump ginned up that same fear of immigrants, this time on a national scale, to new heights. In 2015, when he first entered the primary race, he told voters that immigrants were bringing crime and disease across America’s borders.

Today, the fear du jour is the teaching of critical race theory—which, more generally, stands in for anxiety about the teaching of the country’s oft-unpleasant history of race relations and of racist practices ranging from slavery to Jim Crow to stop-and-frisk and police violence against Black and brown residents.

The GOP has been relentlessly hammering on the issue since the last presidential election, viewing it as the party’s way back into suburban voters’ good graces after the cretinous presidency of Donald J. Trump—even though I doubt that most voters, or politicians, have the foggiest idea what CRT actually is about or whether it really is taught in schools (spoiler alert: It’s a complex university-level theory, and generally isn’t taught in K-12 schools around the country). Blustering about CRT is in part how Glenn Yougkin won election as Virginia’s governor—though he was also given a huge leg up by his opponent, Terry McAuliffe, who ran a particularly useless, wet-blanket campaign.

A drumbeat of doom-and-gloom prognostications about the dangers of CRT corrupting unformed young minds is certainly now a central part of the party’s strategy for Senate and House midterm races in 2022—and it’s one that is already bearing fruit in public opinion.

After months of nonstop propaganda about CRT, more than half of Americans polled say that the theory has no place in school classrooms. More astoundingly, in a particularly egregious example of amnesia-promotion, 40 percent of Republicans now believe that students should be taught nothing about the history of racism in the United States. And, increasingly, legislators and conservative activist groups are stepping up to the plate, circulating lists of books about race and racism that they want banned from schools. In Texas recently, a conservative state legislator circulated a list of 850 books about race and about sexual identity, demanding to know if they were on school library bookshelves—presumably so he could then propose legislation to ban them from being on those shelves. Fascist is as fascist does.

This is an example of magical thinking on a grand scale—the notion that the ugly realities of past and present can be simply wished away, that an alternative kumbayya story of color-blind social policy can be made real, can be made historically valid, by sheer force of will and by a continual monitoring of what impressionable young minds can and can’t read. It’s a dangerous dumbing down of the classroom, and can only make America’s already fractured race relations worse.

It’s also a toxic turn away from the open society. After all, the censorship and manipulation of history has always been part of the authoritarian tool kit. That’s why the Chinese government is currently rewriting history to ensure that Xi Jinping is seen by a new generation of students as a revolutionary on a par with Chairman Mao. It’s why Russia’s government, under President Vladimir Putin, has cracked down on groups that develop historical criticisms of the Soviet Union, even going to so far as to shut down the Museum of the Gulag. It’s why Erdogan’s government, in Turkey, makes it a crime to teach about the Armenian genocide.

Now, the effort to bar intelligent teaching about how race and racism has helped shape American history is picking up speed once again in the United States, even in supposedly liberal bastions such as California.

Over the past few weeks, a recall effort against three Tustin School Board trustees, Allyson Damikolas, Lynn Davis, and Jonathan Stone, has gathered pace in Orange County—a traditionally conservative bastion that has recently swung blue, and which the Republicans hope to turn red once more through riling up suburban parents. None of the trustees has been accused of high crimes or misdemeanors; instead, they are accused—shock, horror—of promoting the teaching of CRT, ethnic studies, and sex education. In the recall literature, the proponents argue that the three should be fired by voters “for the teaching of CRT—a teaching practice that promotes racial based division aroung [sic] students.”

That’s a shoot-the-messenger argument if ever there was one, asserting that racial divisions are caused not by, well, racial divisions, but by those who talk about racial divisions. Despite the logical flaw, the recall is fully supported by the county’s Republican Party, whose denizens see it as a potential way to regain control over a county that used to be one of the most reliably red in the state.

Similar efforts are underway in several other towns around California. In Corona-Norco, in Riverside County, for example, a school board member is facing recall after critics decried him for supporting the teaching of CRT. All told, 25 school board members in the state are facing recall elections this year, a rate five times that of 2020. Another 20-plus faced signature-gathering efforts for recalls that failed to qualify for the ballot. While many of these recalls were set in motion by parents’ anger over schools’ failing to reopen for more than year following the initial stay-at-home orders of March 2020, some have to do with teaching about racism.

The individual school board races in and of themselves aren’t terribly significant on a national stage. But what is significant is that the GOP is now fully intent on keeping education front-and-center on that stage, and that it is going to be using recall elections in the coming months, especially in liberal states such as California, to boost the public’s sense of fear and unease about what their children are being taught. It’s the latest in a long line of bait-and-switch tactics that the Grand Old Party has adopted, designed to create hysteria rather than to cool and calm political debate, and it’s one that has the potential to once again rewrite the political map of the United States.