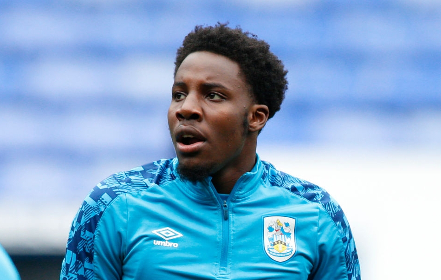 Headley, who has had loan spells at Hyde United and Bradford Park Avenue, can play in both defence and midfield.

“Excited to get this underway,” Headley posted on ninth-placed Yeovil’s website.

London-born Headley joined Huddersfield Town’s Under-17 side ahead of the 2018-19 season.

He was previously on the books at Millwall and, like a number of his teammates, the Mass Elite Academy.

Arriving at Huddersfield as a midfielder, he has split his time between the centre of the park, as a winger and mostly as a left-back, where his power and direct play have been a real asset.

Headley, who scored seven goals in 29 starts for the Under-17s in 2018-19, is also eligible to play for England and the United States.

Meanwhile Solihull Moors, another fifth-tier club, have confirmed that Bermuda forward Justin Donawa will be out for three to four months after breaking his ankle against Eastleigh on December 14.

Donawa, 25, has scored two goals during this campaign for promotion-chasing Solihull, who currently lie sixth.

A former leading athlete, Donawa won a gold medal in the triple jump at the CARIFTA Games staged in Bermuda in 2012.