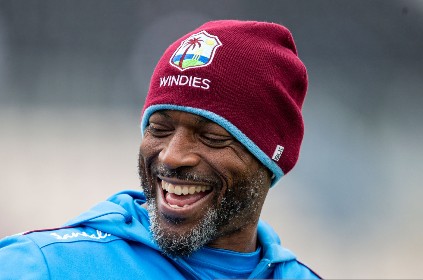 KINGSTOWN, St Vincent, Dec 27, CMC – West Indies Under-19 head coach Floyd Reifer has reported improvement in the team’s understanding of what it takes to be professional athletes and is happy with their preparations for next month’s ICC Men’s Under-19 Cricket World Cup.

Speaking ahead of the Youth One-Day International Series against South Africa Under-19s which began Sunday in St Vincent, Reifer said he has seen vast improvement over the past year and are doing what is necessary to be ready for the January 14 to February 5, 2022 tournament.

“So I think they’ve come a long way in terms of where we started in January to where we are now – there’s vast improvement, vast development. It’s good to see that these young men have adapted and adjusted to the lifestyle of being a professional.”

The head coach added that he was impressed with the interaction between members of the squad.

“The conversations that they’re having amongst one another are very mature conversations so I’m very happy to hear that as well. All in all, we’re doing well and continuing to prepare,” he said.

As the team prepares for the World Cup, Reifer said the focus would be on the tactical side of the game, to improve game awareness and team members’ understanding of their roles.

According to him, they have already made progress in that regard.

“Even in the discussions that we’ve had over the last two days, they understand their roles and responsibilities within the team, they understand about having that killer instinct and that positive mindset to go out there and do well,” Reifer reported.

The World Cup will feature 16 teams in 48 matches. The defending champions Bangladesh, England, Canada and the United Arab Emirates form Group A, with debutants Uganda placed in Group B alongside India, South Africa and Ireland. Group C comprises Pakistan, Afghanistan, Zimbabwe and Papua New Guinea; and Group D is comprised of West Indies, Australia and Sri Lanka and Scotland.

Reifer said the Caribbean youngsters “understand what they represent and who they represent” when they go out on the field for the upcoming tournament. Their first match will be against Australia Under-19s in Guyana on January 14.

The West Indies are using the December 26 to January 3 ODI series against South Africa as preparation for the World Cup which will be played in Antigua and Barbuda, Trinidad and Tobago, St Kitts and Nevis, and Guyana.