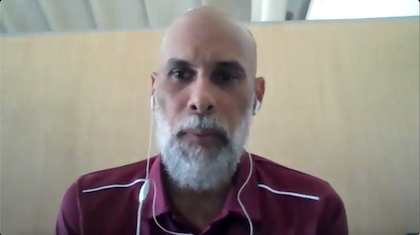 ST JOHN’S, Antigua, May 10, CMC – Cricket West Indies director of cricket Jimmy Adams said a holistic approach to the transfer of players into various Twenty20 leagues around the world was needed to bring balance to the sport at the domestic and international level.

Adams, a former Jamaica and Windies captain, conceded that T20 will remain an important format of the sport around the globe and the various leagues popping up in diverse places will not stop.

He said, however, the situation needed to be managed better to the benefit of all concerned and CWI had done a commendable job of handling the situation in recent times.

Adams was speaking during a virtual news conference on Monday following the announcement of the West Indies One-day International squad for tours to the Netherlands and Pakistan.

“I think now, it is not something that sees us losing control, and you will have players who will opt not to have (central) contracts because they want the freedom to play whenever and wherever, and while I respect that, I think we kind of understand where those players’ priorities lie…”

CWI, like many other international cricket governing bodies around the world, have been grappling with players choosing franchise-styled T20 leagues over the humdrum of mainly Tests because of the financial rewards.

“We will live with them, and we will move on if we have to, but I do not think that is a majority, and I don’t think it impacts us in a negative sense because we have had many players in recent years that have played that have not been contracted players,” Adams said about the current Windies situation.

“It is something that needs managing at the international level, and the levels within the regions around the world, but I think that given where we are in world cricket and West Indies cricket, we are doing a pretty good job of it.”

Adams said the situation came down to choices, which players – such as himself and current lead selector Desmond Haynes, who was also part of the news conference – did not have.

“I don’t necessarily think (the T20 leagues) are a bad thing, but I think what players have nowadays that they did not have in my time and (Desmond’s) time is choice,” he said.

“Choice is not a bad thing – but choice has to be regulated by all parties concerned, starting from the ICC (sport’s world governing body), and how many leagues are permitted around the world and so on. That is sort of a macro approach to it.”

Adams said though the talent drain will, perhaps, continue over a period of time, CWI must remain committed to producing international quality players.

“I strongly believe that we have a responsibility to produce the best cricketer that we can, as early as we can,” he said.

“If we do that and we do that well, I have no doubt that a lot of those young cricketers will get opportunities in leagues outside of the Caribbean.”

He said: “But I think the ICC has given us the (no objection) certificate as one way of controlling contracted players playing outside of the region.

“In other words, if we select a player and he is a contracted player to CWI, then we have first call on that player versus any league in the world.”