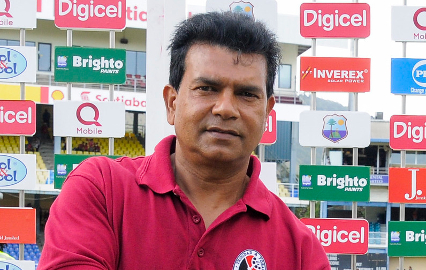 PORT OF SPAIN, Trinidad, Dec 19, CMC – One of the critics of the selections made for West Indies’ Twenty20 (T20) Cricket World Cup squad is not only in agreement with the decision to sack most of the selection panel but believes changes are also needed to the management team.

Former West Indies player and Trinidad and Tobago Cricket Board chief executive Suruj Ragoonath told the Sunday Express newspaper that Cricket West Indies’ decision not to renew the contracts of lead selector Roger Harper and fellow selector Miles Bascombe, when they expire at yearend, was “the right thing to do given the team performance and the whole selection debacle”.

The sackings come a month after West Indies’ failed T20 World Cup title defence, when the panel’s selections sparked widespread criticism for the inclusion of an out-of-form Chris Gayle, fast bowler Oshane Thomas and Ravi Rampaul, at the expense of several players who were expected to have been chosen, such as Romario Shepherd and Sherfane Rutherford.

Ragooonath had called for the three-member selection panel to be sacked when that 15-man squad was announced.

But while agreeing with the decision to let Harper and Bascombe go, he said the changes must go further.

“We need to re-look the whole management structure of West Indies cricket, not just the selectors. We need a new team philosophy on how we play the game,” said the former opening batsman.

CWI has said the recruitment process for the new selection panel will begin next month.

Until then, coach Phil Simmons, who was the third member of the selection team, will lead an interim panel comprising the captains in the respective formats, with CWI director of cricket Jimmy Adams overseeing the process.

Their first task will be to choose a white-ball squad for three One-Day Internationals and a one-off T20 International against Ireland at Sabina Park, scheduled for January 8-16, 2022.