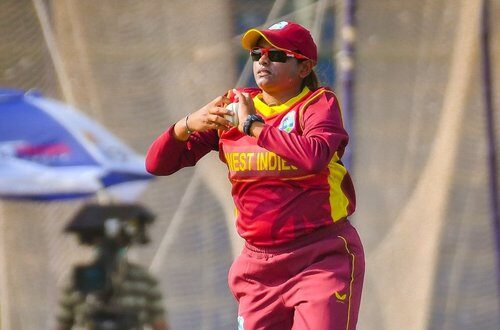 BRIDGETOWN, Barbados, Dec 27, CMC – Experienced West Indies Women off-spinner Anisa Mohammed ended 2021 as the highest wicket-taker for the regional side in One Day Internationals (ODIs) but says she will be striving to do even better in 2022.

The 33-year-old Trinidadian has 20 wickets in 12 matches at 18 runs per wicket, confirming her position among the best in the game and going into the new year at number 25 in the ICC ODI bowling rankings.

“It feels good to finish on top with the most wickets in ODIs. It has been a while since I’ve actually picked up so many wickets so it’s a really good feeling and I’m hoping that I’m able to continue in 2022. From January to July we did a lot of skills work in the build-up to the matches, so I think that helped,” Mohammed said.

“I think I’ve really had a good year this year compared to the last five years. For 2022, hopefully I can have an even better year than in 2021 and that would be icing on the cake.”

Mohammed added: “The batters around the world are improving with more improvisation and shot-selection…, their skills are getting better, so it is more challenging. As a bowler you have to keep improving as well, to stay on top of the game, so there is always something to work on.”

She played a crucial role in the series wins against Pakistan in the Caribbean in the summer and away in November. Her best bowling figures were 4-27 off 9.4 overs against the Pakistanis at the Coolidge Cricket Ground.

It was the second best of the year for West Indies – Hayley Matthews had 4-26 in Karachi, while the third best came from Sheneta Grimmond who took 4-33 against the visiting South Africa at Sir Vivian Richards Stadium in September.

She is eagerly looking forward to the ICC Women’s World Cup, which will be played in New Zealand in March and April.

“It is great we have qualified for the World Cup and everyone in the team is working towards that tournament. It is a big occasion in any sport, in anyone’s career to play in a World Cup and we really want to put in a great performance for the West Indies.”