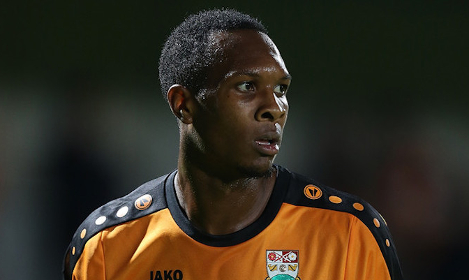 Skipper Hoyte, 31, who made three appearances for the Soca Warriors in 2014-15, wrapped up the scoring in the 63rd minute after the visitors had taken a shock lead.

Hoyte’s older brother Justin, 37, a former Arsenal right-back, played for England up to Under-21 level and later for the Soca Warriors, making 18 appearances between 2013 and 2016.

Gavin also started his career at the north London outfit before going on to play for several professional clubs including Dagenham & Redbridge, Brighton and Gillingham.

Also on the Maidstone scoresheet was Roarie Deacon, a 30-year-old midfielder of Jamaican descent, who helped put his side 2-1 up at the interval with a 25-yard rocket in the 26th minute.

The victory – the hosts’ fifth in a row – lifted sixth-tier Maidstone to second in the table but level on points with leaders Oxford City.

In another NLS match, 23-year-old left-winger Gianni Crichlow, who is eligible to represent Jamaica’s Reggae Boyz, put bottom-but-one Braintree Town 2-0 up with a 75th-minute strike, but the hosts had to settle for a point as fourth-placed visitors Dartford hit back to force a 2-2 draw with two late goals.