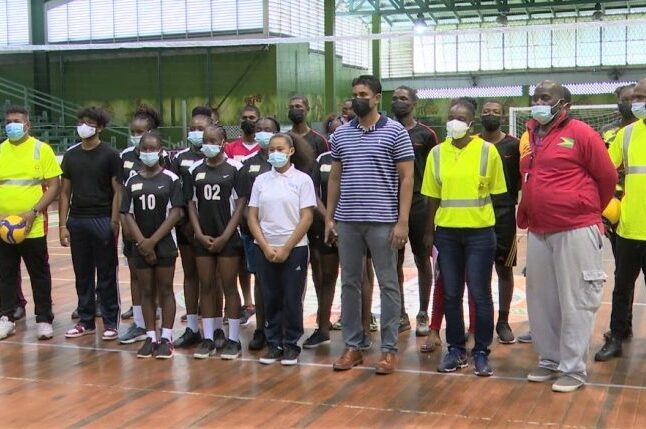 GEORGETOWN, Guyana, Dec 19, CMC – The inaugural National Sports Academy has kicked off with two of the 12 disciplines it will eventually offer, as Guyana tries to develop world-class athletes.

Volleyball and squash activities took place at two different venues on Saturday. At the National Racquet Centre, squash players began their training under the guidance of national coach Carl Ince while volleyball training started at the Cliff Anderson Sports Hall.

Minister of Culture, Youth and Sport, Charles Ramson Jr. said the other 10 sports will be launched, in phases, in the next few weeks.

“This is our nursery programme and what we’ve been doing is focusing on building a strong relationship with all the sports associations to see how we will be able to use programmes to develop world-class athletes,” he said.

The training offered at the academy is free of cost to athletes, as the Ministry of Culture, Youth and Sport is footing the bill.

“So, you have the facilities, you have the operational expenses covered and then you also have the coaching facility covered, as well. So, what you can see here is the beginning of something that will turn out to be, hopefully, historic,” Minister Ramson said.