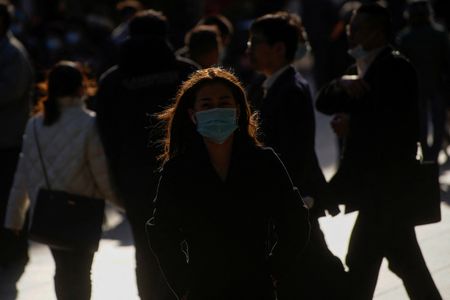 The move came as China explores ways to maintain the labour force while its population is set to shrink, and after activist calls for gender equality that have accompanied a fledging #MeToo movement.

China ranks 107th among 153 countries in the World Economic Forum’s annual ranking on global gender equality. Men dominate top echelons of politics and business. Women made up roughly one-quarter of the parliament and there is just one woman in the 25-member Politburo of the Chinese Communist Party.

Under the new rules, employers would not be allowed to ask female job applicants if they intend to get married or pregnant, or to make them take pregnancy tests, CCTV said.

CCTV is part of the Chinese government’s publicity department and is an official channel in which the party and government releases information. The department did not immediately respond to a request for comment about the proposed legislation.

It was not clear how quickly the legislation could be passed. The discussion is expected to continue until at least Friday and the draft would not likely be voted on before that.

Under the new rules, employers would be breaking the law if they restrict female staff from getting married or having children, or if they explicitly prioritise male candidates over females.

In the clearest definition yet of sexual harassment in China, the draft amendment stipulates that it is unlawful to subject women against their will to verbal expressions with sexual connotations, inappropriate or unnecessary bodily behaviour, sexually explicit images, or hint at benefits in exchange for intimate relationships or sex.

China’s #MeToo movement took off in 2018 when a college student in Beijing publicly accused her professor of sexual harassment. It spread to NGOs, media and other industries but faced a recent setback when a court in September ruled against the plaintiff in a high-profile sexual harassment case.