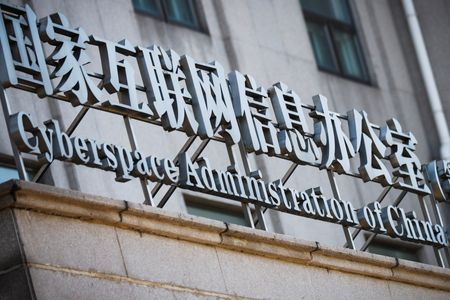 BEIJING (Reuters) – The Beijing cyberspace regulator said on Monday that the Cyberspace Administration of China (CAC) had asked it to summon Zhihu for unlawful release of information, as Beijing steps up efforts to control and “clean up” the internet space.

The internet regulator said in a statement that authorities have demanded “immediate rectifications” from the company, and the online question and answer platform would suspend some functions during that period.

Zhihu did not immediately respond to a request for comment.

Zhihu’s New York-listed shares are down more than 10% in pre-market trade.