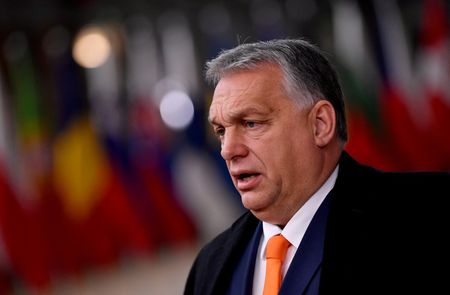 For the first time since taking power in a 2010 landslide win, the 58-year-old Orban will face a united front of opposition parties on the ballot, likely to be held in April, that includes the Democratic Coalition, the Socialists, liberals and the formerly far-right, and now centre-right, Jobbik.

The Republikon survey, published on the telex.hu news website, put support for the six united opposition parties at 36% of all voters, while Orban’s Fidesz scored 33%. One in four people were undecided.

It said the results were broadly in line with another survey taken at the start of the year, suggesting that the opposition was still struggling to gain traction with more voters after a short-lived bounce following outsider Peter Marki-Zay’s primary election victory in October.

Orban announced a cap on fuel prices last month to shield consumers from further sharp price rises, while targeting key voting groups, such as career starters, families and pensioners with big tax breaks and higher payouts ahead of the poll.