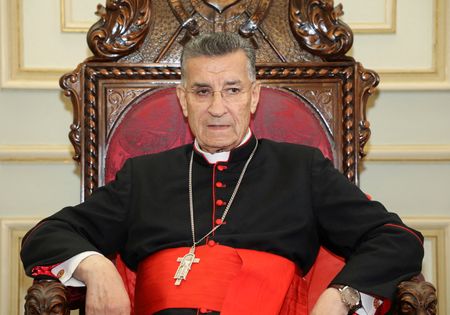 Al-Rai also called for the government to convene, saying that failing to do so sets a precedent that may hinder the function of future governments.

Lebanon’s cabinet, which is focused on restarting talks with the International Monetary Fund (IMF) to unlock much-needed foreign aid, has not met since Oct. 12, due to a dispute over a probe into last year’s deadly Beirut port blast.

“We support your commitment to holding the legislative elections,” said Al-Rai, directing his speech to President Michel Aoun who was attending the sermon. “The elections are the guarantee that presidential elections will be held on time and it is an opportunity for change.”

Parliament had voted for the legislative election to take place on March 27 but Aoun has said he would only sign a decree for them to take place in May.

Al-Rai also offered his condolences to the families of the victims of the port blast which killed more than 200 people in August last year.

“Our thoughts today are with the families of the port blast victims who are in pain because the judiciary is hindered and the fate of investigation is uncertain,” he said.

The explosion was caused by a large amount of ammonium nitrate stored unsafely for years, but more than a year on, no one has been held accountable.

Shiite group Hezbollah and its allies have pushed to remove the lead investigator of the explosion, accusing him of political bias.