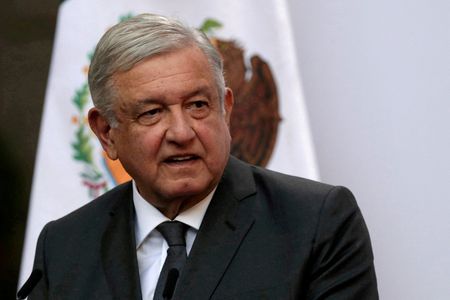 MEXICO CITY (Reuters) – Mexico plans to promote job creation programs in the Caribbean that President Andres Manuel Lopez Obrador has rolled out in southern Mexico and parts of Central America to stem migration, a senior government official was quoted as saying on Monday.

“We already have an agreement with Haiti, and we’re in talks with Cuba,” Laura Elena Carrillo, Executive Director of the Mexican Agency for International Development Cooperation (Amexcid), told newspaper El Universal in an interview.

Mexico and Cuba signed a letter of intent on Dec. 22 to implement rural development programs in Cuba. That will include the two job-creating schemes, Carrillo said. Mexico signed a similar letter with Haiti in November, and plans to negotiate with the Dominican Republic soon, she told the paper.

Mexico has earmarked $31 million for each of the countries currently enrolled in the programs, though the Caribbean nations are likely to receive somewhat less, Carrillo said.

Apprehensions of undocumented migrants at the U.S.-Mexico border have leapt to record levels this year, with tens of thousands of Haitians and Cubans among them.

Mexico has pressed the United States to invest in development schemes, and the Mexican government said last month Washington had agreed to contribute to its efforts https://www.reuters.com/world/americas/mexico-says-us-has-agreed-invest-help-tackle-migration-2021-11-19.